The coach is the cat from Magic Halloween and Shinobi Cat. He is a black humanoid cat with yellow eyes and red inner parts of his ear and mouth. Sitting on the right ear is a white chef's hat, with a blue brim on the bottom. He wears pink scarf on his neck and a chef's upper uniform, which is white and has blue edges on the sleeves, that partially exposes his red underbelly. He also has a black Italian mustache on his nose. He has a black and white outline.

The background starts with a cyan-pastel pink background with bowls, cheeses, pancakes among other cooking utensils, four purple animated cats can be seen crying.

During the routine, the coach will cut some vegetables such as tomatos and carrots, mixing them in a cooking pot and proceding to aliment the cats.

After that, the background changes to two blenders, one with a lettuce, a eggplant and a blue garlic, and the other already mixing a yellow-mustard soup. Then it shows dough being overwhelm and some eggshell being broken.

The routine ends with the four cats eating a green cheese, with a heart closing the routine while the coach strokes her belly.

Gold Move: Facing left, lean over with both arms in front while holding a frying pan. 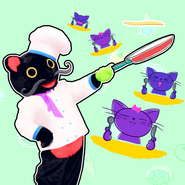 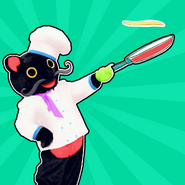 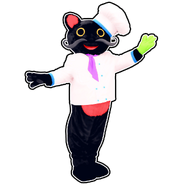 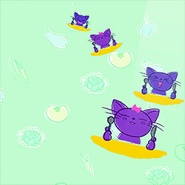 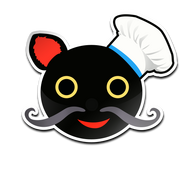 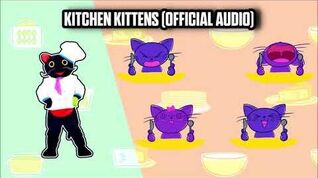 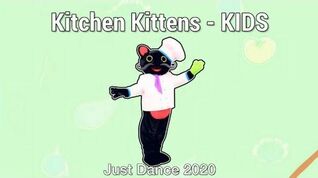 Retrieved from "https://justdance.fandom.com/wiki/Kitchen_Kittens?oldid=1142781"
Community content is available under CC-BY-SA unless otherwise noted.