The dancers is a trio of two women and one man with black hair and visible facial features, with the women having pink lips. They both have faint yellow outlines.

P1 has her hair tied in a low ponytail, with a yellow hairband on her head. She wears a white short-sleeved shirt with puffed shoulders and golden yellow garter at the end of the sleeves, a pair of golden yellow cloth overalls that ends at the middle of her shins and having bell-shaped ends, white ankle socks, and black high-heeled shoes. She also wears a black ribbon-shaped tie on her neck. Her glove is magenta.

P2 has his hair styled in a mild version of the curtained hairstyle. He wears a white buttoned undershirt, a golden yellow waist coat with a black rectangular outline in his right breast pocket, buttons and back section, black slacks, golden yellow ankle socks, and black shiny leather dress shoes. He also wears a black wristband in his left wrist. His glove is blue.

P3 has her hair styled with bangs that reaches to her eyebrows, with the rest of her hair tied in the back with a bright yellow ribbon-shaped band. She wears a golden yellow dress with sleeves that ends to her wrist and a skirt that reaches to her knees. The sleeves end with white cuffs, and the end of her skirt has a black border. The dress also has white collars with a black straight-ended necktie. She also wears white ankle socks, and black high-heeled shoes. Her glove is purple. 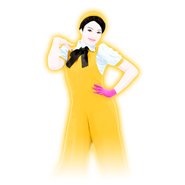 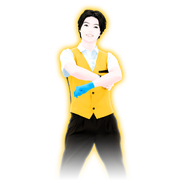 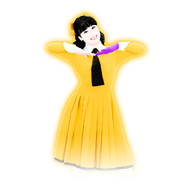 This section is a stub. You can help by adding to it.
The background has a checkered circled stage with yellow furniture and music players based on the music video. The background features many instruments with the coaches standing on them.

Gold Move 1: Put your hands together to the left of your head. This is a wave move done in the following order: P2, P3 and then P1.
Gold Move 2: While facing to the left and with your legs slightly opened, put your left hand on your left shoulder and your right hand in front of you. 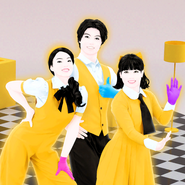 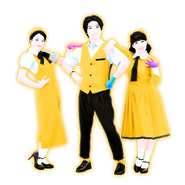 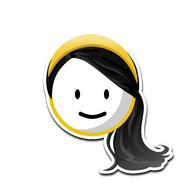 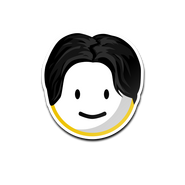 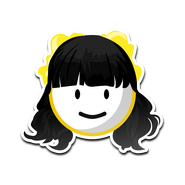 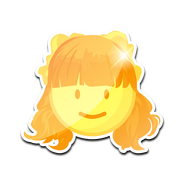 Default-colored pictograms in the previews

Beta pictograms 1, 2, and 3 (the overall pictograms are less distant from each other) 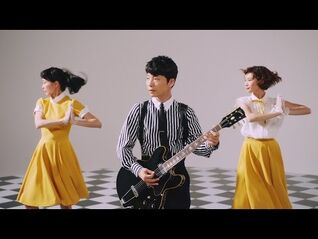 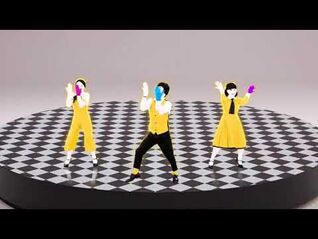 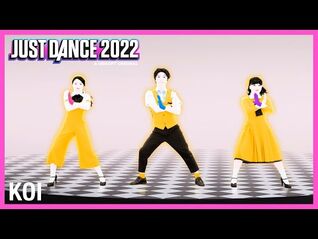 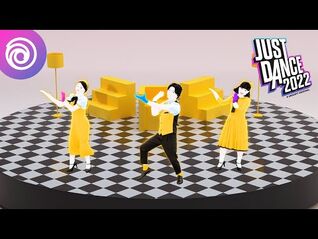 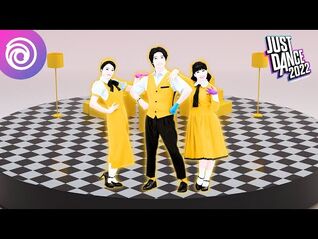 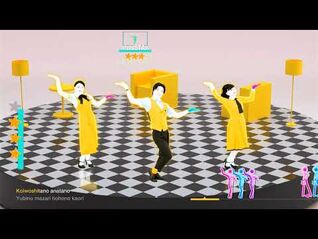 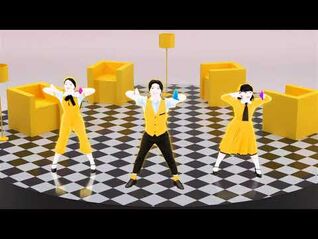