The dancer is a female student with a black bob hair and black glasses. She wears a dark turquoise long sleeve sweater with orange cuffs on the arms and an orange choker on her neck and white pants supported by yellow suspenders. Her pants contains a pattern of black and orange diamonds, with an orange section at the top and yellow cuffs on the leg sleeves. She also wears a pair of black shoes tied with dark turquoise laces. She has a faint red outline.

A green old-style phone with moving keys, hanging golden and red stars and the number 6700 written on it. There are also many colored circles (mainly in shades of orange and blue) and, sometimes, golden concentric circles appear on the floor.

All Gold Moves: Point to your left with your right hand and with your left hand on your hip. 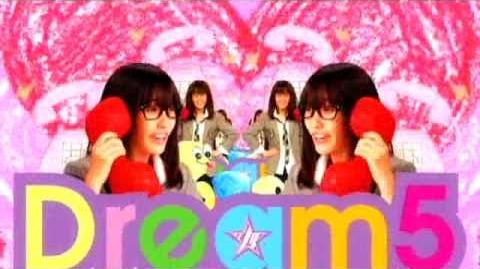 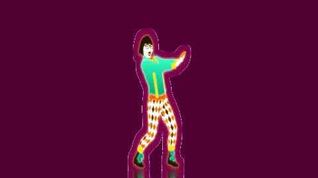 Retrieved from "https://justdance.fandom.com/wiki/Koi_no_Dial_6700?oldid=1251100"
Community content is available under CC-BY-SA unless otherwise noted.