Both dancers are men who are supposed to be martial artists.

P1 is shown having a red karate gi, a black necklace, black socks yellow shoes, and an afro. 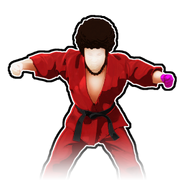 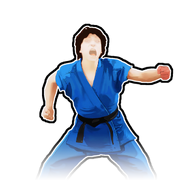 The background is an oriental landscape, likely based off China. When P2 first appears, panels of his poses are present. This also occurs when P1 enters the scenery. A frame will surround each dancer at a time, with a monochrome shade over the background outside of the frame. The dancers appear to be on high hills in front of a large red pagoda. At times, the pagoda explodes to ashes and the hill is subsequently destroyed and turned into a volcano. The pagoda is rebuilt after the second gold move, but the same course of destruction occurs. As the two men slowly hook punch each other, the entire routine suddenly blackens out.

There are 2 Gold Moves in this routine:
Gold Move 1: P2; Lift your right hand. P1; roundhouse kick P2.
Gold Move 2: Jump in the air with both hands up. 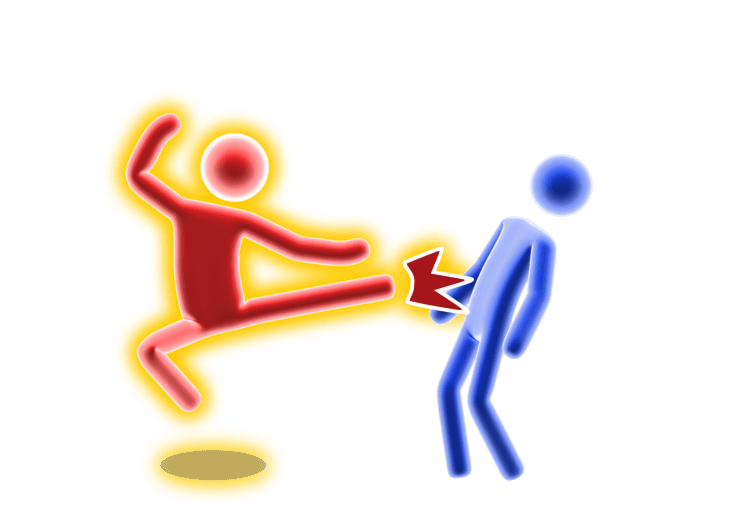 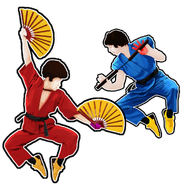 Just Dance 2016 menu progression
Add a photo to this gallery 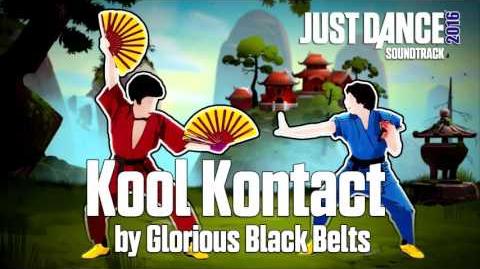 Retrieved from "https://justdance.fandom.com/wiki/Kool_Kontact?oldid=815051"
Community content is available under CC-BY-SA unless otherwise noted.