"The Dance Gate" (精舞门) by Show Luo (罗志祥) was planned to be on 舞力全开：活力派 but was never released into the game before the shutdown of the game. The song can be found in the files of the Chinese servers of Just Dance Unlimited.[1] In the series, the song is referred to as "Kung Fu Pop (Speshow)".

P1 and P3 have dark grey hair in a bun, a golden necklace, a black tank top with light blue stripes, tattoos and black bracelets on the left arm, black tight pants with a light blue triangular shape and black shoes with golden laces.

The light blue and orange stripes of their clothes constantly turn yellow and red or blue and purple. 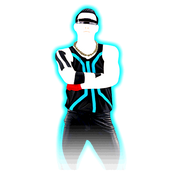 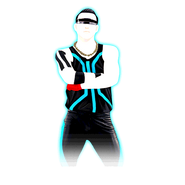 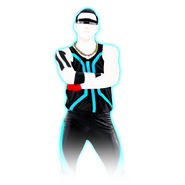 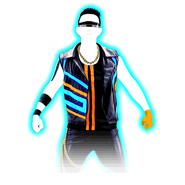 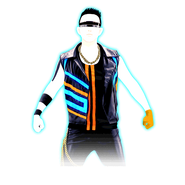 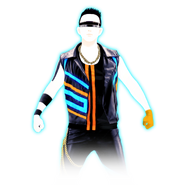 The background is a black room with smoke and a wall composed of triangular shapes that have various animations and neon bar lamps. The floor is very animated as well, creating hexagons or triangles. In the choruses, a group of clones of P1 and P3 appear and the animations on the triangles change color to red, yellow, blue or purple; sometimes, the clones' palette turns black for the skin and the ornaments, and white for the clothes for few seconds.

Gold Move 1 (P1 and P3): P1 and P3 kneel down.
Gold Moves 2 and 3 (Gold Moves 1 and 2 for P2): P1 and P3 look at the floor, open their arms in a diagonal pose with the right arm in an upper position and put the left leg under the right one. Meanwhile, P2 moves his hands to the right and shakes his finger as if he were playing the flute.
Gold Move 4 (Gold Move 3 for P2): Move your right arm from bottom to top.
Gold Move 5 (only for P1 and P3): P2 looks at the floor while opening his arms and putting the left leg behind the right one, while P1 and P3 bend downwards and move their arms in the same direction. 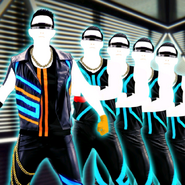 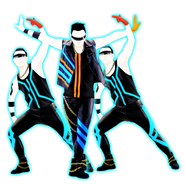 Beta pictograms in the preview

A little part of another Beta pictogram in the preview 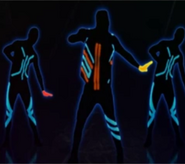 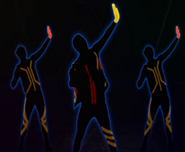 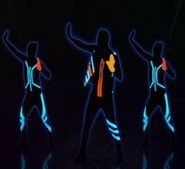 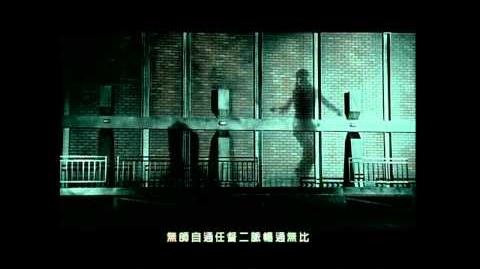 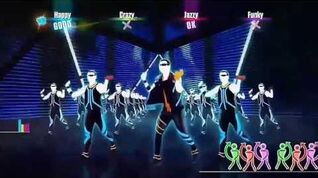 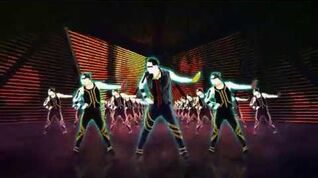 Retrieved from "https://justdance.fandom.com/wiki/Kung_Fu_Pop_(Speshow)?oldid=1353656"
Community content is available under CC-BY-SA unless otherwise noted.