Just Dance Unlimited
1A: Purple
1B: Violet
2A: Golden Orange
2B: Sienna Brown

P1 is a woman, has hot pink hair in a very long braid, and wears a light purple sari, a light purple armlet on her left arm, an orange glove, and anklets. She is barefoot.

In the remake, she remains the same except for a few changes, her braid is a regular pink instead of hot pink, and her saari is now indigo.

P2 is a man with a pink mustache, wears a purple hat with a yellow stripe, magenta sunglasses with yellow outlines, a red shirt, a purple belt, a pair of orange pants, and a purple glove. He is also barefoot.

In the remake, he is now wearing a regular pink shirt, an indigo hat, magenta sunglasses, and a purple hat with a yellow stripe. His glove is now purple instead of pink. 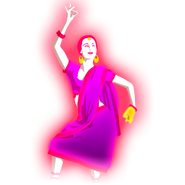 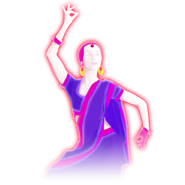 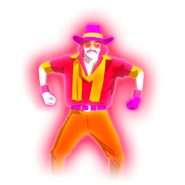 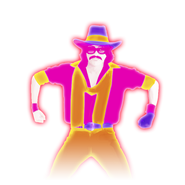 In Xbox 360 copies, some details are different and there are some semi-transparent blankets hanging on the walls.

Gold Move 2: Raise your arms to your sides, as if you are shrugging.
Gold Move 3: Criss-cross your arms in and out upwards. P1 does this kneeling on the floor while P2 stands behind her. 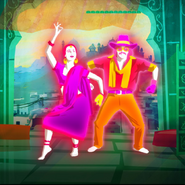 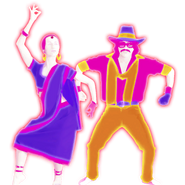 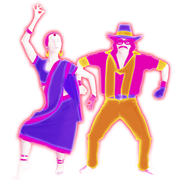 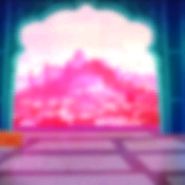 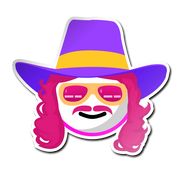 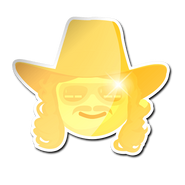 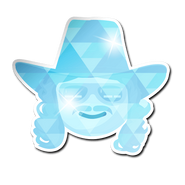 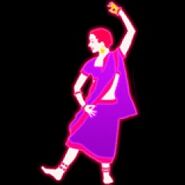 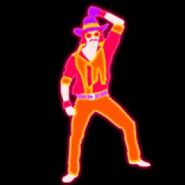 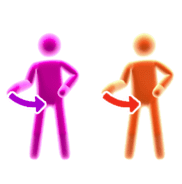 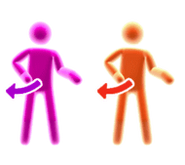 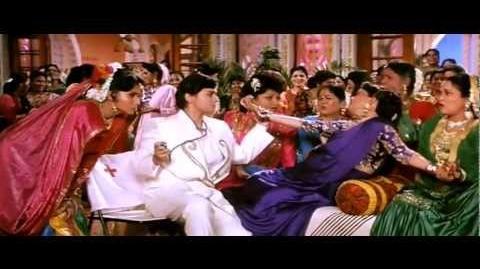 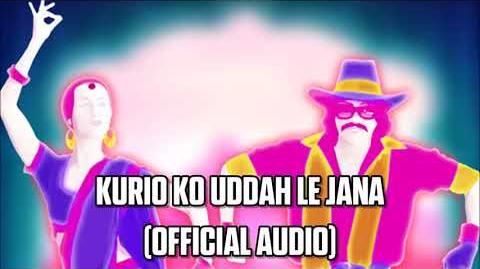 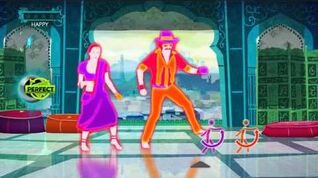 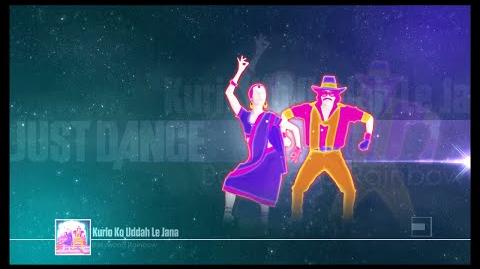 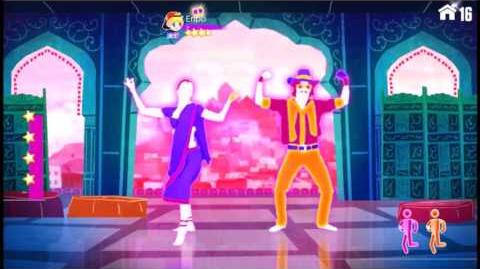 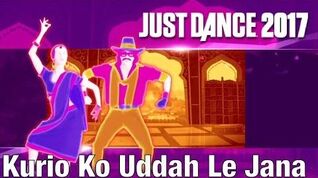 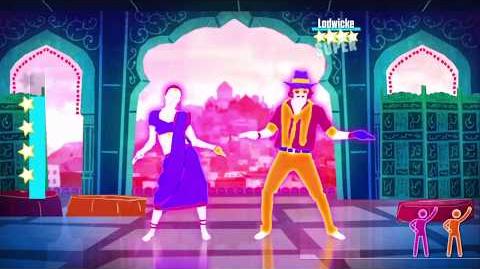 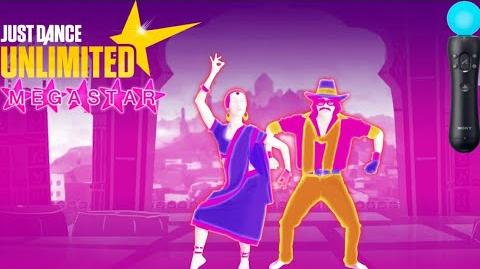 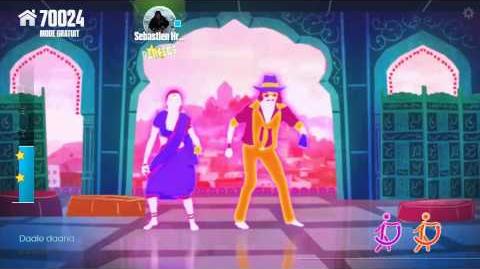 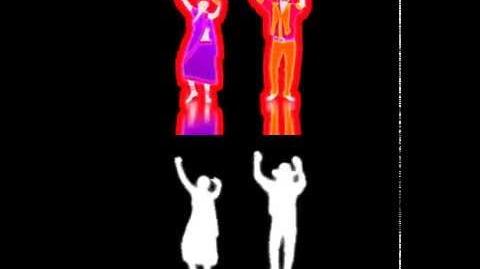 Retrieved from "https://justdance.fandom.com/wiki/Kurio_ko_uddah_le_jana?oldid=1254993"
Community content is available under CC-BY-SA unless otherwise noted.