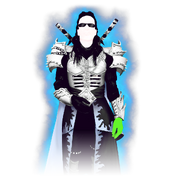 The coach is a male knight. He has long black hair in dreadlocks and a pair of sunglasses. He has a large set of armor and a cape that goes down his legs. He has a fire-like outline that fades around his shoes. In some parts of the song, his armor turns into silver or red and yellow.

The routine takes place inside a cathedral. It starts at the bottom of the cathedral. A stained glass representing a priest with ginger hairs on a side can be seen, and on the opposite side, a stained glass representing a devilish monster with horns can be seen.. This causes the cathedral to slowly turn upside down and it fades to red. In the chorus of the song, the background becomes fully red and it scrolls down slowly. Angel statues and other cathedral debris fly past the coach. At the end of the routine, a devilish monster that resembles a dragon with flashing red eyes can be seen,

Gold Move: Kneel on your right knee and touch the ground with your right hand while placing your left arm behind your back. 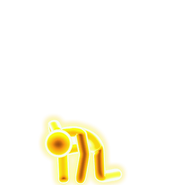 Lacrimosa is featured in the following playlists: 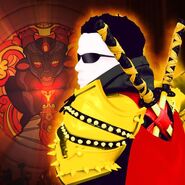 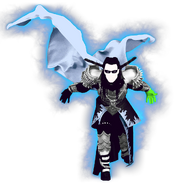 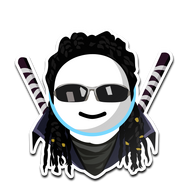 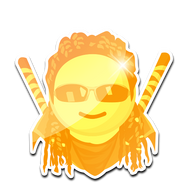 Lacrimosa on the Just Dance 2021 menu

Promotional image, along with Samba de Janeiro (Samba Version) and Without Me (Extreme Version) (Facebook)[3]

Promotional image, along with Samba de Janeiro (Samba Version) and Without Me (Extreme Version) (Twitter)[4] 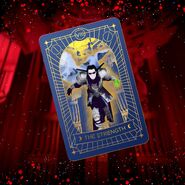 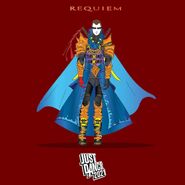 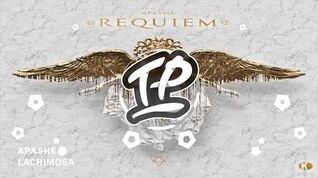 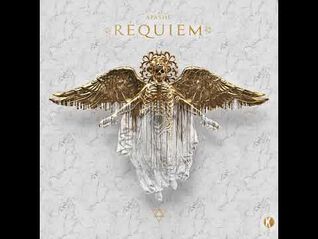 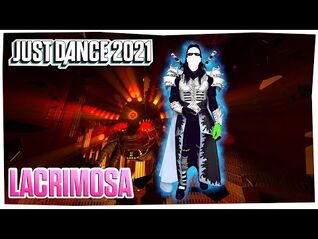 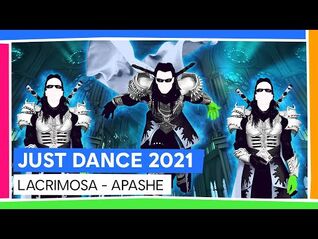 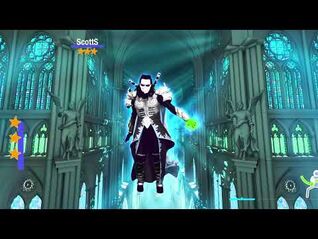 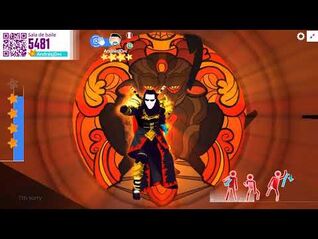 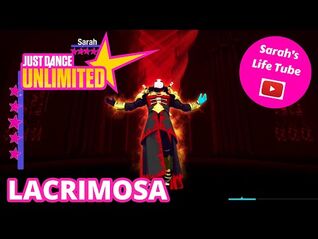 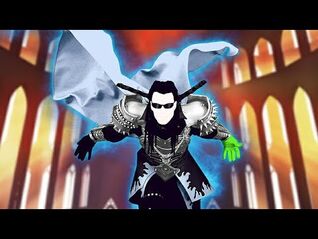