The original version by Chris Kenner was planned to be featured on Just Dance, but was scrapped for unknown reasons.[3]

The coach is a green alligator with yellow spines. He wears an orange shirt underneath a violet suit with a beige collar, an orange pocket highlight, beige buttons and a beige border at the bottom of the coat. His pants have a hole behind that reveals his tail. He also wears white shoes with violet soles, violet highlights and orange laces. His outline is greenish. During the final part of the routine, the coach fades away along with the song itself.

In the Xbox 360 version of Just Dance 3, his color scheme is brighter, and his outline is light blue and thinner.

In the remake, he has a more realistic appearance, and his glow is light green. 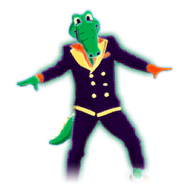 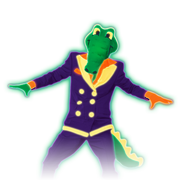 The routine takes place in a classroom. The class has three students: a penguin - who is behind the dancer - is sitting at her desk with her pen touching a sheet of paper, at the bottom left of the screen is an orange rhino with crayons all across his desk, and in the bottom right is a fox who is covered in blue paint, and has paint splattered across his desk. At the very back of the room, there is a large chalkboard which covers up almost the whole back wall. On the chalkboard there are some fridge magnets that are shaped like the alphabet. It is in this order (left to right) N, b, E, M, A, n, c, f. And on the chalkboard, it reads "land of 1000 dances" in chalked cursive. In the original background, the alphabets light up and in the remake, the alphabets light up with dimmer lights.

All Gold Moves: Put your hands up and bring them down slowly making claw motions. Gold Moves 3 and 4 are done consecutively. 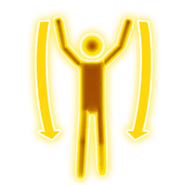 Land Of 1000 Dances appears in the following Mashups:

Land Of 1000 Dances appears in the following playlists: 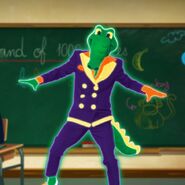 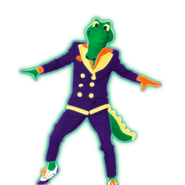 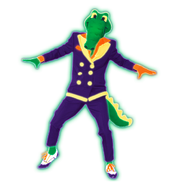 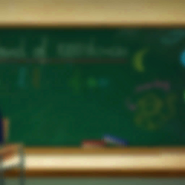 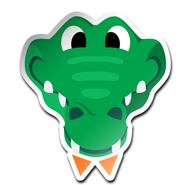 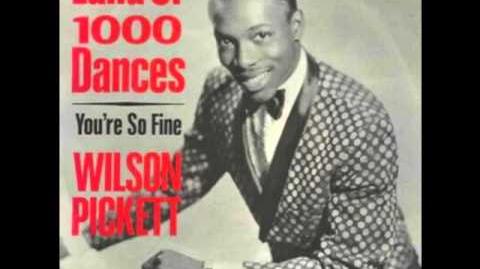 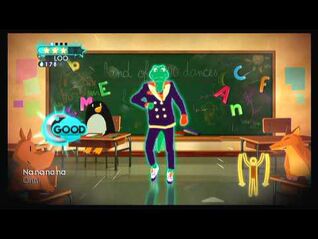 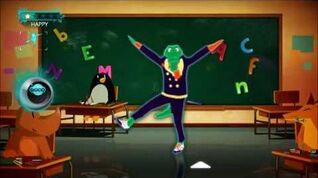 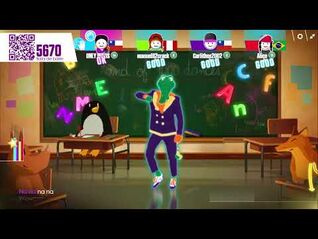 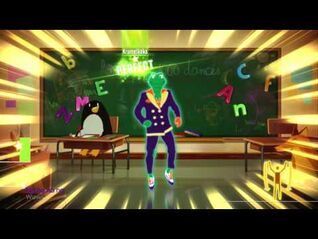 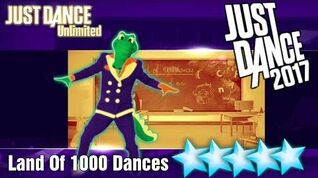 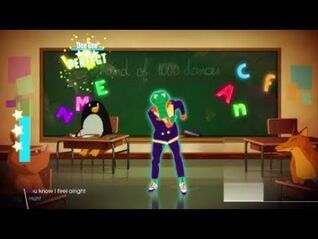 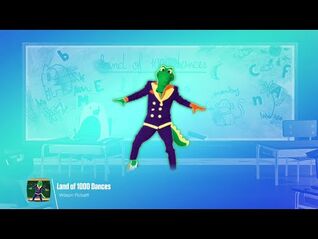 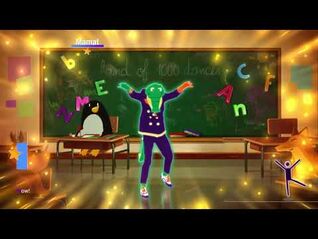 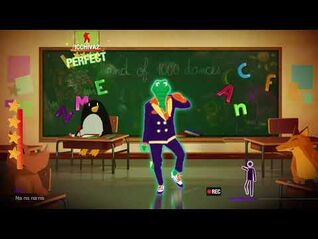 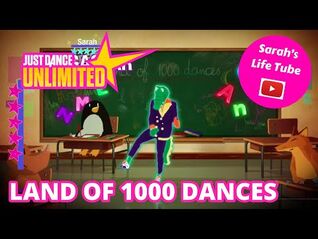 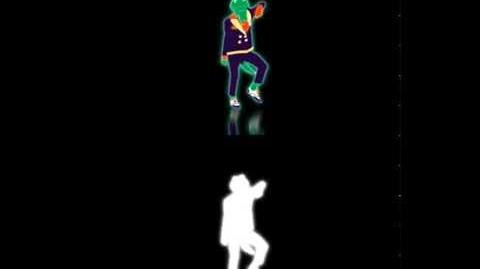