Music from the Edge of Heaven

P2 is a woman who is wearing a red reindeer antler headband, has brown hair in pigtails, a red and white Christmas shrug, a red and green dress, and green ugg boots. 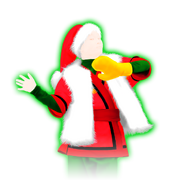 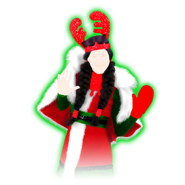 The routine takes place at night. There is a green aurora in the sky. It is snowing and the dancers are performing on a frozen lake with presents, candles, and an igloo. On the land are spinning green pine trees with yellow lights. Some cardboard elves appear around the lake to be skating, and during this, the aurora disappears. At the chorus, the lake darkens and lit-up snowflakes roam around. The aurora reappears after the gold move.

Gold Moves 1, 2, 3, and 4: Put your arms down in a semicircle, while facing each other.
Gold Move 5: Hold each other’s hands and spin. P1 spins clockwise while P2 spins counterclockwise.

Last Christmas is featured in the following playlists: 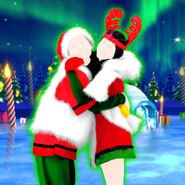 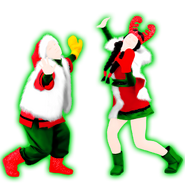 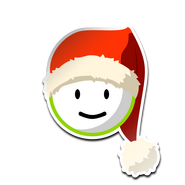 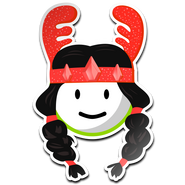 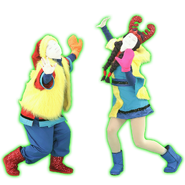 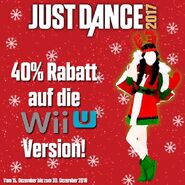 Sale announcement of the Wii U version (German) 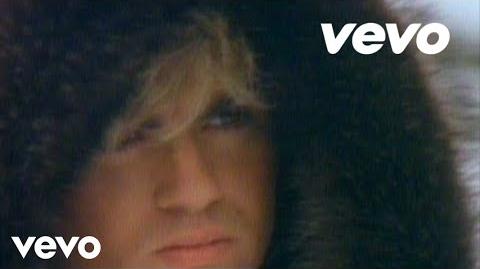 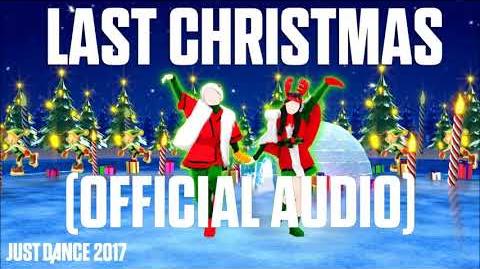 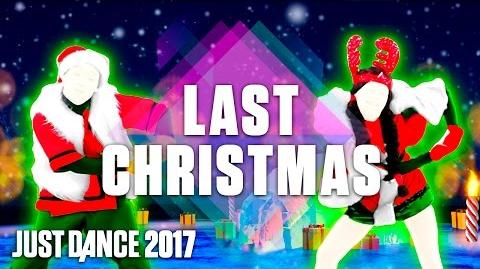 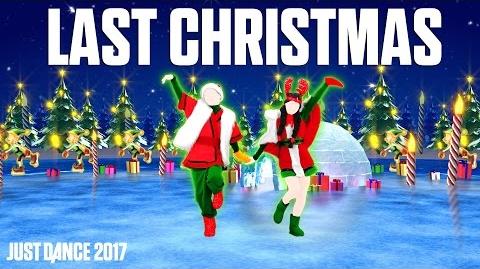 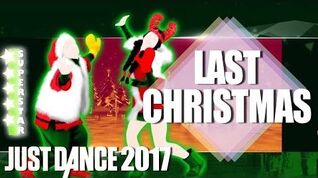