The dancer is Kery Party, who resembles Katy Perry in the official music video. She has black hair in a braid with purple accents and a blue scrunchie, along with two long loose strands at the side of her hair. She wears an oversized ruby red button-up shirt with long sleeves, small light orange buttons, and orange elbow pads. She also has orange socks with a blue and teal argyle pattern and orange sneakers with dark orange accents, white laces and white soles. She accessorizes with a few small orange bracelets and thin black rectangular glasses.

At the saxophone solo after the bridge, her appearance changes. She is seen with fully purple hair worn down. She wears a cropped magenta sweater worn off one shoulder, exposing a black and pink checkered brassiere beneath. She also wears a light blue denim skirt. Her glasses and socks stay the same, but the socks are now worn with red stiletto heels. She accessorizes with a black choker necklace, magenta earrings, and various blue bracelets. In both iterations of her costume, her golden yellow glove and turquoise glowing outline remain the same.

The routine takes place in a dark nightclub setting where strings of colorful fairy lights hang from the ceiling and spotlights are seen pulsating in the back. There is some confetti scattered on the floor. There is a large crowd of people dancing behind the coach, some of which come into the foreground as the camera moves. For the most part, they are in a monochromatic purple color scheme. Past Just Dance coaches who appear as a part of the crowd are in a monochromatic orange color scheme. Whenever a dancer from a past Just Dance routine dances along with the coach, the coach takes on its normal color scheme.

The saxophone solo ends with the coach of Mr. Saxobeat leaving and all the background dancers from before joining the coach to dance the choreography along with her and with the crowd for the final chorus. The coaches enter the background in pairs - one coach from the left and one coach from the right. The pairs of coaches enter the background with a spin to their placement and then turn around to clear the spot for the next pair. The pairs who join the final chorus are (in order) Never Gonna Give You Up and the panda from Paca Dance, I Kissed a Girl and Firework, California Gurls and Dark Horse, and Swish Swish (P1) and Hot N Cold (without the beard).

The routine ends with all nine coaches doing the Floss dance from Swish Swish and the crowd cheering for them from behind. After the song ends, the whole crowd and ten featured dancers cheer and applaud for the coach.

Gold Move: Put your arms up in a V pose and do a little jump. 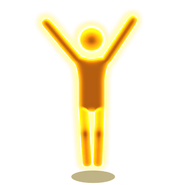 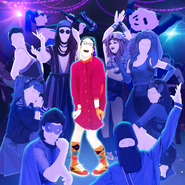 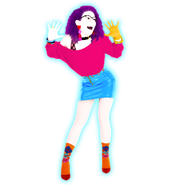 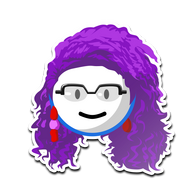 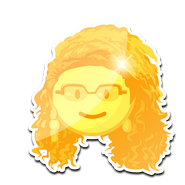 The coach in the 1 day left teaser[7] 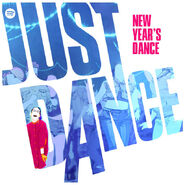 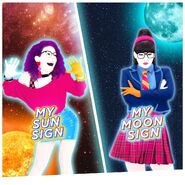 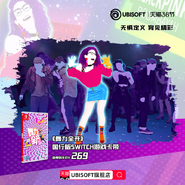 Promotional image for a sale on 舞力全开[11]

Behind the scenes (C1, Hot N Cold, P2-C2 of Dark Horse, California Gurls, and I Kissed a Girl)

Behind the scenes
(Hot N Cold)

Behind the scenes (crowd)

Behind the scenes (crowd)

Behind the scenes (California Gurls, P1 of Swish Swish, and I Kissed a Girl) 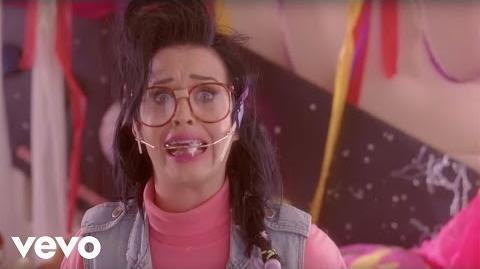 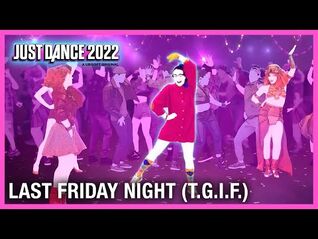 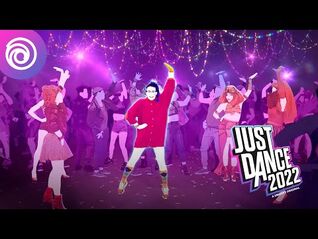 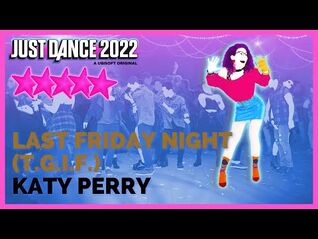 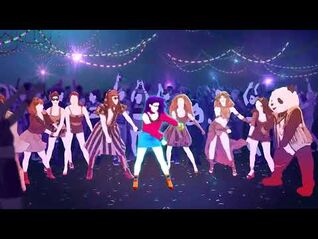