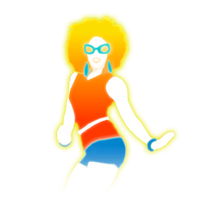 In the remake, her color scheme is slightly darker, the blue parts are noticeably darker, and she has a yellow glowing outline.

The background consists of what seems to be a pink disco with two semicircles colored concentrically with pink, yellow and blue, and with two orange stars on each semicircle. The floor is blue and reflective. At some points in the dance, small pink and white stars get emitted behind the dancer. A pair of small pink lights can be seen at the upper corners of the background.

In the remake, the color palette of the background is all in shades of orange, yellow, and red. There is a zooming effect and the rainbows are animated. During the bridge, the color scheme turns to shades of magenta and purple, and light purple stars come out onto the floor.

Gold Moves 1 and 2: Put your hands down.
Gold Move 3: Point your right arm towards the right-hand corner of the screen with your left arm on your hip. 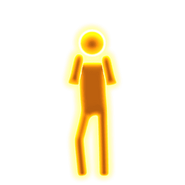 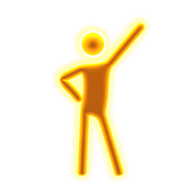 Le Freak appears in Puppet/Party Master Mode. Here there are the captions attributed to this song: 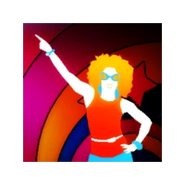 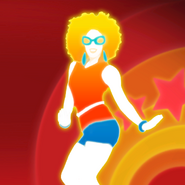 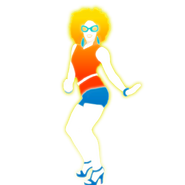 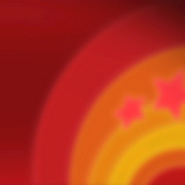 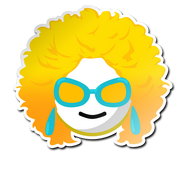 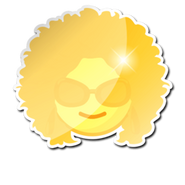 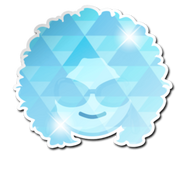 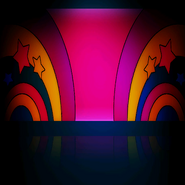 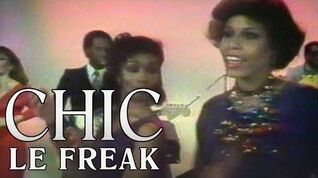 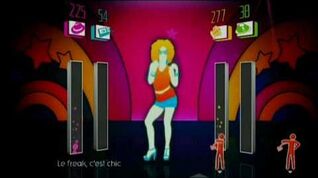 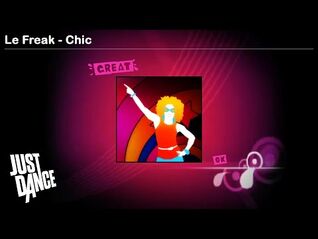 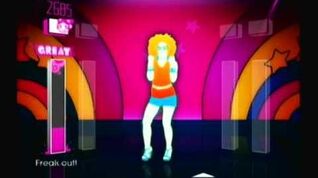 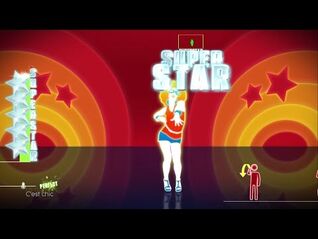 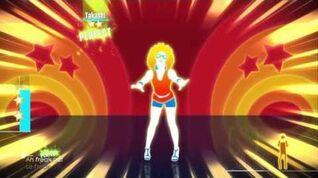 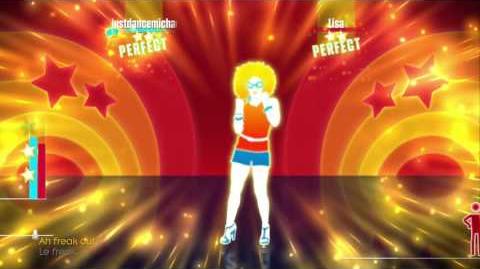 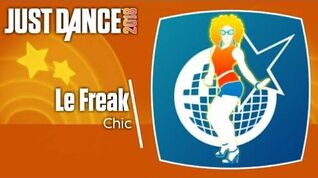 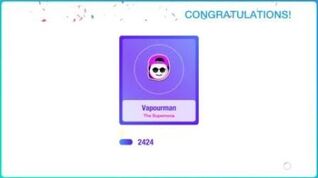 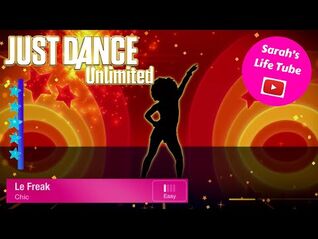 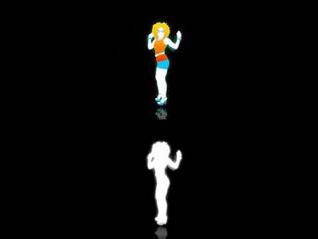 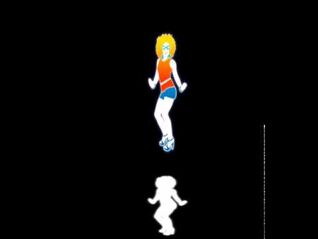 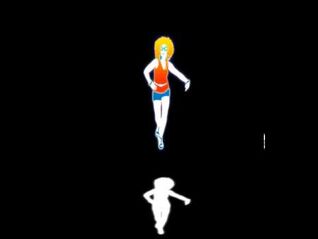