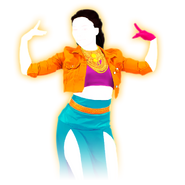 The dancer is a barefoot woman with brown hair, and she wears an orange bolero jacket, a purple cropped tank, and neon blue split skirt. Her glove is dark pink, and she also has a gold belt and matching necklace.

The background is a city at night-time. What appears to be a café or a restaurant can be seen alongside a drinking fountain. The windows in the buildings seen in the background, the drinking fountain, the restaurant and the floor pattern underneath the dancer all light up in sync with the track's beat. The city resembles Istanbul. There is a Hagia Sophia Museum and some houses and apartments. Two silhouettes of the dancer appear on her left and right sides, dancing along with her.

There are 3 Gold Moves in this routine:
Gold Moves 1 and 3: Open your arms in a semi-circle motion.
Gold Move 2: Extend both of your arms and look down.

Leila is featured in the following playlists: 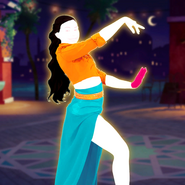 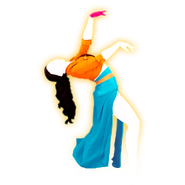 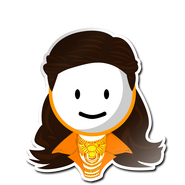 Comparision between the background dancers’ designs 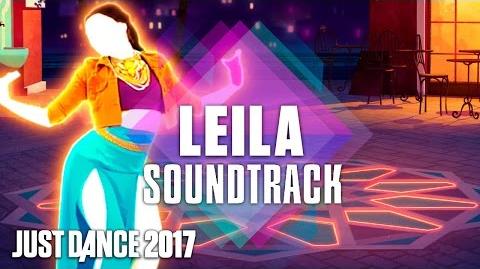 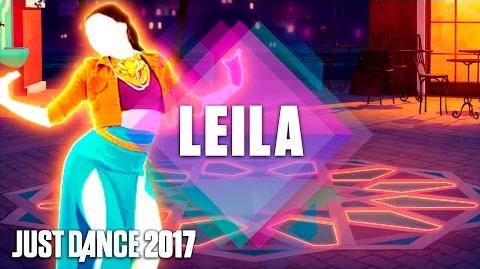 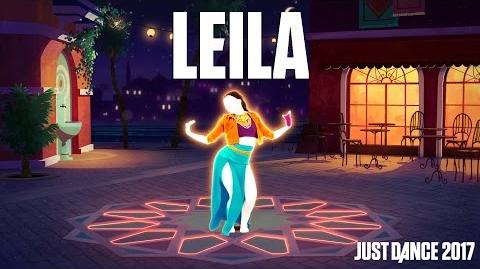 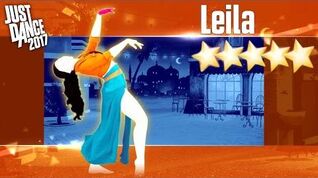 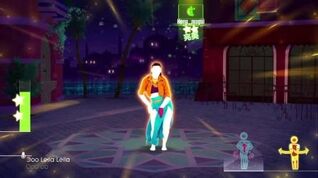 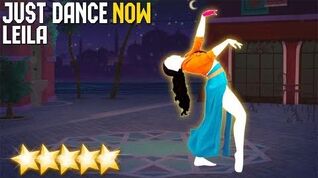 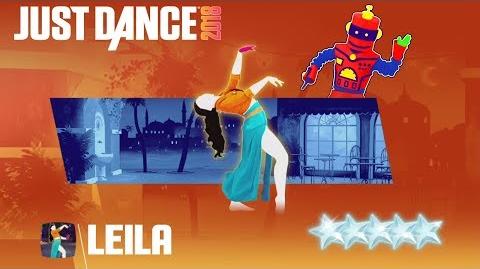 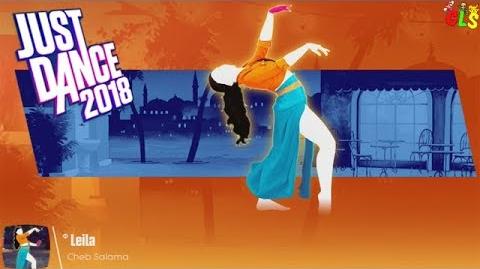 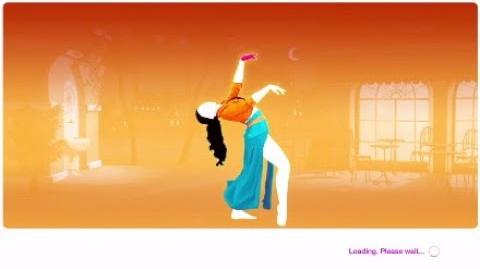 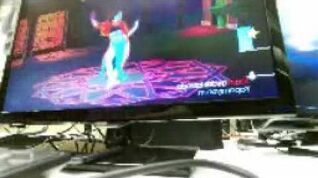 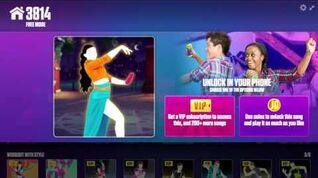 Retrieved from "https://justdance.fandom.com/wiki/Leila?oldid=1106045"
Community content is available under CC-BY-SA unless otherwise noted.