From the video game

"Let’s Party (飞艇派对)" by 吴宣仪 (Wu Xuanyi) and 和平精英 is featured on 舞力无限, where it is available for free. The song can also be found in the files of Just Dance 2022.

The dancers are composed of two men and two women, each dancer wears an outfit that represents a skin from the actual game. During the bridge, they each have a black frying pan in their hand. They all have magenta outlines.

P1 is a man in a suit, which is a light brown bear. The suit has a round head with short ears and a tan white color in his muzzle and underbelly. His face is in a permanent frown, with black eyes with tan white sclera, black nose and black lines to represent his lips. He wears a black and tan white-striped cap with a black rim, a pale gold bowtie with white polka dots on his neck, and black overalls with black suspenders, which has a tan white heart with a darker edge surrounding the heart, tan white sparkles and dots and two golden lines, with the upper missing much of the center. He also wears a pair of black boots with a tan white stripe in the center and supported by three tie-in laces. His glove is red.

P2 is a woman resembling a gynoid, a female android or robot. She has deep blue hair with neon cyan strands, tied in a high ponytail, along with a steel blue shiny futuristic visor with music bars below the lenses, which is fused to her silver gray cat ear-shaped futuristic headphones. She wears a pink bodysuit, with various metallic bits and details surrounding it. On the upper part of her shoulders is a metallic gray section that reaches to her arms, with a pink shoulder guard that is secured by metallic disks with a cyan emblem in the center.

In her chest is a light pink metallic crest, with parts of it dark gray, and on the side of her hips are large circular disks resembling an engine, which is surrounded by a metallic gray accent that goes inward and down to her legs. Cyan futuristic lines are decorated near the disks, on her chest and the side of her abdomen. On her legs are additional dark gray disks, placed by the side of her knees along with dark gray lines, and her white knee-length boots are fused with her bodysuit. It also features pink futuristic lines below her knees, and her boots have a wedged and thick-soled design. Her glove is mint green.

P3 is a man resembling a cyborg. His head is a gray rectangular device, with a black screen that shows a permanent mischievous grin. His face is depicted in pixels, with the orange pixels his eyes and the cyan pixels his mouth. His head also contain additional details, with a pair of thin antenna behind his head, a short handle on top of it, cyan and yellow curved lines with a silver circle with dark gray outline as his eyebrows, and disks with yellow and cyan lines at the side of his head.

He wears a form-fitting jacket, with his torso and shoulders white and shiny with a zipper in the center and black leather-like sleeves. Across his chest is a black two-layered rectangular sash that is supported by a black leather strap, with the sash contains various pixels in orange, white, cyan, blue, purple, yellow and pink. On his right shoulder is a segment similar with the sash, and contains the same colored pixels as with the sash. The arms of his sleeves contains a pair of thick black straps with silver gray buttons and thick rectangular pockets with additional colored pixels on the sleeves of his forearms, and he wears a long, silver gray cape in his back, which is supported by black shoulders straps. On his waist is a belt, which is black in the side and yellow in the front, and it contains yellow and black gaming console in the center, which has silver gray and cyan buttons. He also wears a pair of black jeans, with the frontal part of his tights loose and slightly baggy with cyan pixels, silver gray metallic knee, silver gray metallic shin guards with a yellow strap in front of it, and black shoes with a cyan frontal part, black laces and silver gray, thick metallic soles.

He wears a pair of gloves, with a black strap on his wrist and black thumbs. His left glove is white and has a black curved rectangle with cyan outline and circles. His right glove is blue with a black circle with a yellow cross mark and outline.

P4 is a woman in Lolita fashion, particularly of the Sweet Lolita style. Her hair is silver gray, and styled with ringlets and bangs, along with a white, frilled poke bonnet with baby pink and white ribbons in the left side, with a smaller, full colored baby pink bow on top of the larger bow. Her outfit is taken from the Victorian fashion, which consists of a baby pink long sleeved bodice with white and baby pink frills in her chest and shoulders, tightened forearms with a white ribbon and bell sleeves with a baby pink outer layer with lacy endings and a white longer, lacier layer. Below her bodice is a white petticoat, adorned with frills and laces that ends to her knees, as well as baby pink portions from her bodice attached to the petticoat, with white frills and baby pink and white ribbons. She also wears a pair of white stockings and baby pink block heels. Her glove is purple. 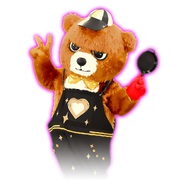 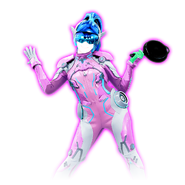 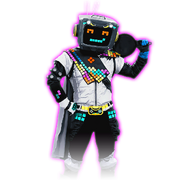 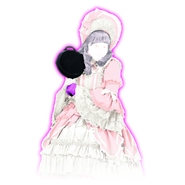 The background takes inspiration from Game For Peace. Vehicles such as Buggy and UAZ can be seen in the background, as well as signs reading "GAME FOR PEACE", "PEACE CLUB", and "WINNER WINNER CHICKEN DINNER" on screens. 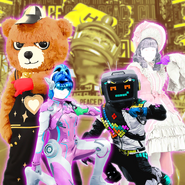 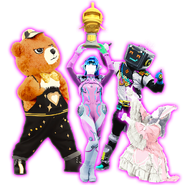 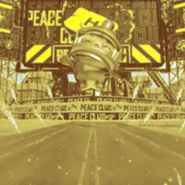 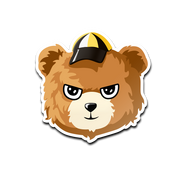 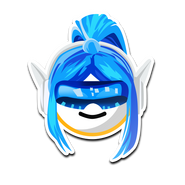 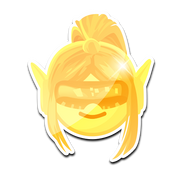 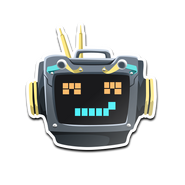 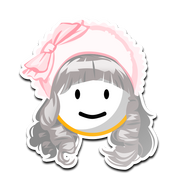 Beta pictograms 3 and 4 (the arrows are in different positions) 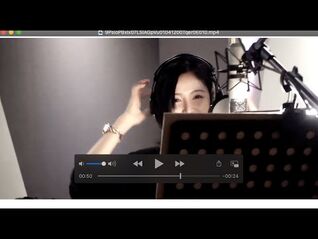 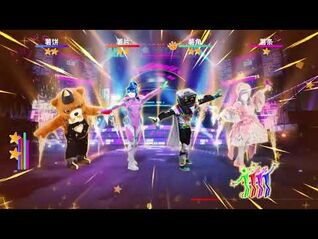 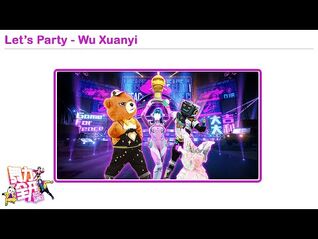 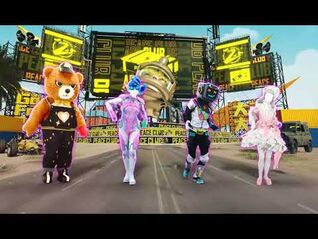 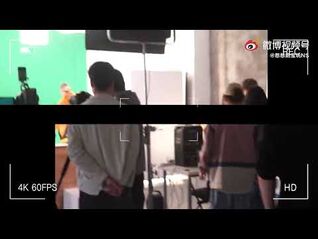