Ines Vandamme[1]
"Levitating" by Dua Lipa is featured on Just Dance 2022, 舞力无限 and Just Dance Now. It was previously available on Just Dance Unlimited for a week from October 21 to October 28, 2021 as part of Season 4: The Traveler.

The song also has an Extreme routine which can be unlocked by achieving Superstar or higher on the Classic routine.

The dancer is Si'ha Nova. She is a light blue-skinned alien with pointy ears and golden earrings. She has shoulder-length pink hair and a gold and dark blue triangle on her head that emits a bright glow when she touches it. There is also a golden bar on the back of her triangle going into the back of her head, along with two golden hairclips on each side. She wears a golden short dress with a golden leotard underneath, a golden choker, and golden bracelets. She wears a dark blue elbow-length glove with golden ring patterns on her left hand and a short magenta gauntlet on her right hand. She also wears a pair of dark blue thigh-high boots with the same golden ring patterns on them. She has a pink glowing outline.

The map takes place in a colorful outer space with the dancer standing on a light pink meteoroid.

The routine starts with the meteoroid, the coach and the title card fading into screen as the background behind them appears. During the verses and the bridge, the background is covered in blue twisted stems with bubbles, stripped cones, and glowing circles growing from them, all of them in pink and blue tones. Sparkles pop off with the claps in the song, making the growths on the stems shift around. There are also orange and pink blobs floating around, and in the far background, there are pink and blue waves. Throughout the verse, the meteoroid moves upwards through the stems, and in the pre-chorus it starts rotating. On the bridge, there are less stems, and instead are three giant versions of the coach floating, with a very strong light on them.

The chorus starts with a watercolor-like portal which opens to a sky with multicolored clouds, and a white cloud behind the coach. There are stars and big versions of the coach floating past her. On the post-chorus, the clouds are different tones of magenta and yellow. The clones of the coach have orange skin, a silvery tone on the gold clothing items, and are lined up on the sides of the meteoroid slightly tilted inwards. The routine ends with the meteoroid going into the white cloud behind it, and the camera moving away.

Gold Move 1: Gradually lean your body backwards and to the left side while shaking your arms and shoulders in a pose where your elbows are down.
Gold Move 2: Put your left hand on the left side of your head and make small circles with your right hand in the air while hopping to the right. 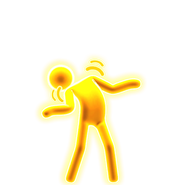 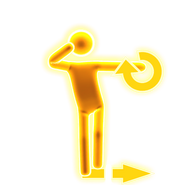 This section details the release and removal history of Levitating.

Levitating is featured in the following playlists: 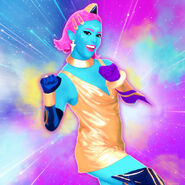 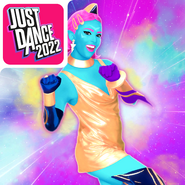 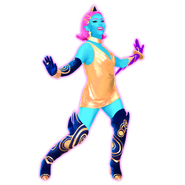 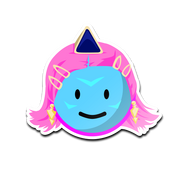 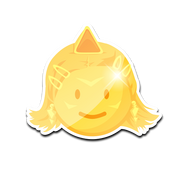 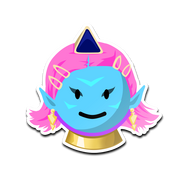 Avatar
(Save Your Tears)

Levitating on the Just Dance 2021 menu

Levitating on the Just Dance 2022 menu 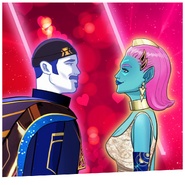 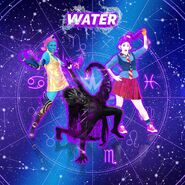 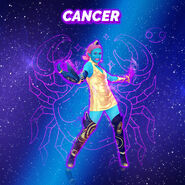 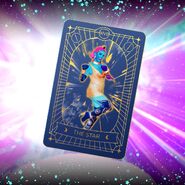 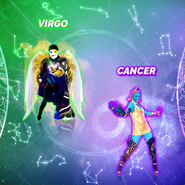 Zodiac promotional image (along with Rock Your Body)

Behind the scenes
(Background clones)

Appearance in the trailer for Season 4: The Traveler

The coach on the icon for the Just Dance Now playlist "Sneak Peek - Just Dance 2022!" (along with Rock Your Body) 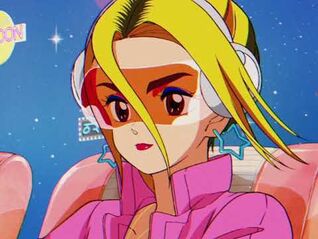 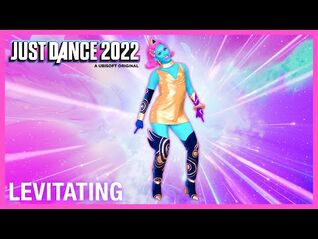 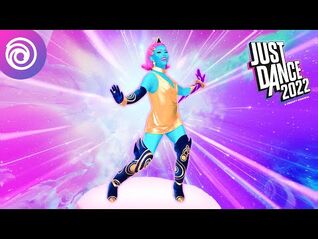 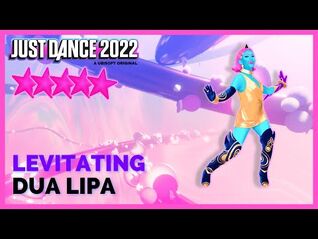 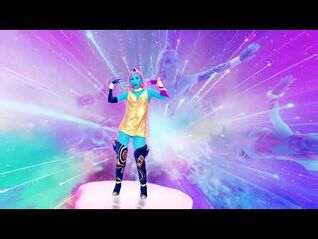