1A: Deep Purple Pizzazz
1B: Mardi Gras
2A: Aqua Spring Green
2B: Stratos 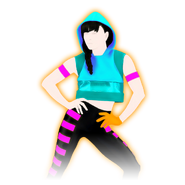 The coach is a girl who has black hair in a braid lying on the left, a jade-colored cropped tank with a hoodie, two hot pink arm bracelets, black leggings with magenta stripes on the sides, and blue trainers.

The background contains flowing electronic waves which often change color from blue to magenta and shades of red. They have lots of animations throughout the song, such as parts that light up separately, and magenta exploding circles.

Gold Move: Strike your hand towards the right.

Like I Would appears in the following Dance Quest maps:

Like I Would is featured in the following playlists: 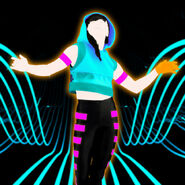 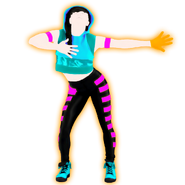 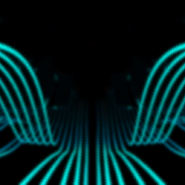 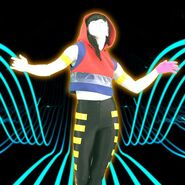 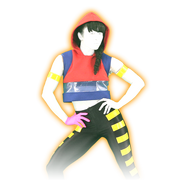 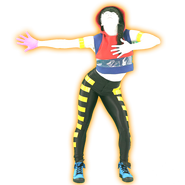 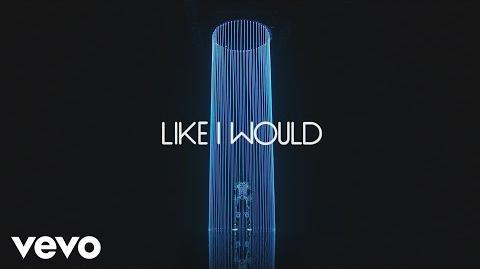 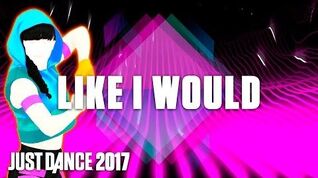 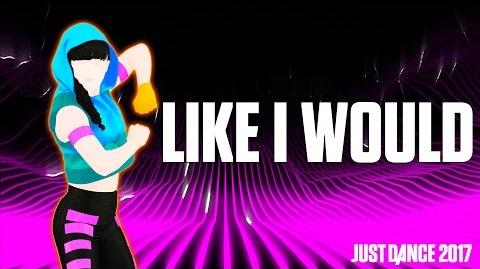 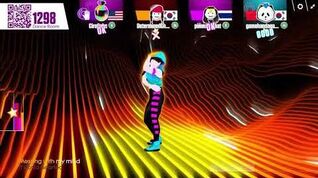 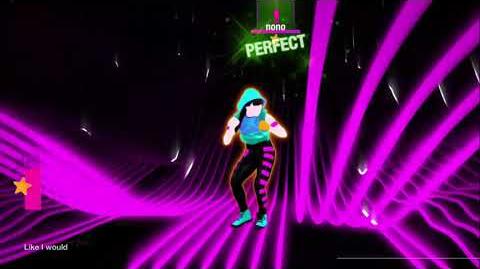 Retrieved from "https://justdance.fandom.com/wiki/Like_I_Would?oldid=1227018"
Community content is available under CC-BY-SA unless otherwise noted.