< Limbo
View source
watch 02:56
Raise a Floppa - The Loop
Do you like this video?
Play Sound

LimboSWT
"Limbo" (Sweat) by is playable on Just Dance 2014, where it can be unlocked for 10 Mojocoins. 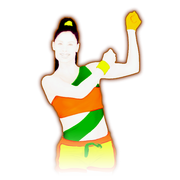 The coach is a woman and has brown hair tied in a ponytail with a yellow hairband. She wears a yellow sweatband on her left hand, a green and orange cheerleader’s outfit, a pair of yellow shorts, green soccer socks, and a pair of yellow sneakers. The dancer has an orange-brown outline.

The background follows the template for Just Dance 2014 Sweat routines. It takes place on a race track that lights up. It mostly flashes green, orange, yellow, and pink.

All Gold Moves: Wave your arms while hopping on one foot.

Limbo (Sweat) is featured in the following Mashups:

Limbo (Sweat) appears in Party Master Modes. Here are the captions attributed to the moves. 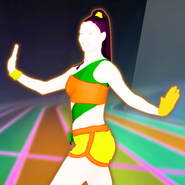 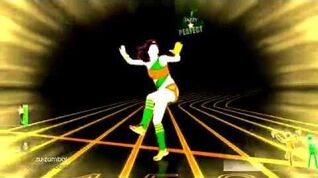 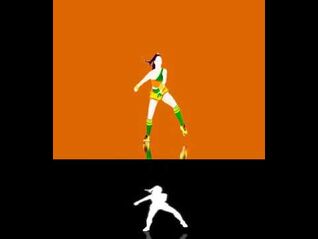