"Living Color" by Gigi Abraham is featured on The Smurfs Dance Party.

Gutsy Smurf, which wears a white hat with a blue ball on the tip. He has a blue quilt and a blue strap going to his shoulder. He wears big white shoes.

Grouchy and Brainy Smurfs, who each wear white pants and a large white hat. Brainy also have glasses.

The background is a marsh with rushes near it.

There are 2 Gold Moves in the routine, all of which are the same:
Both Gold Moves: Bring up both of your hands while kneeling. 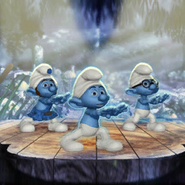 Living Color on the The Smurfs Dance Party menu 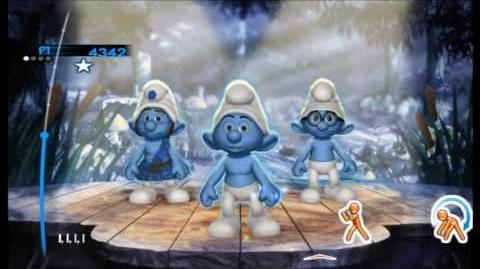 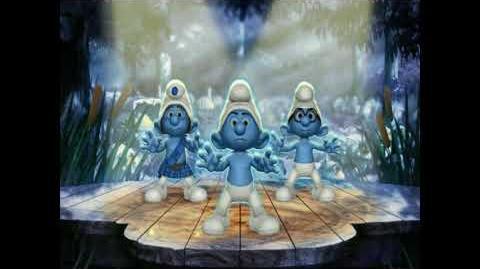 Retrieved from "https://justdance.fandom.com/wiki/Living_Color?oldid=1299053"
Community content is available under CC-BY-SA unless otherwise noted.