All four dancers are women. 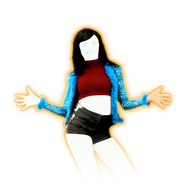 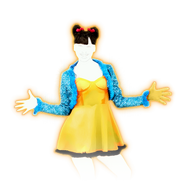 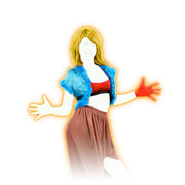 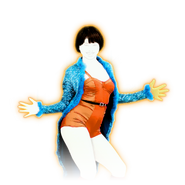 The dancers are supposed to be in a flying starship with animated floor. The background changes constantly: first, there is from a sunny sky full of clouds, then it becomes orange with a sunset theme. Then the starship gets down from the sky and stays floating on a night city and it starts to fly fast on it. 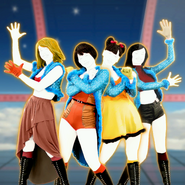 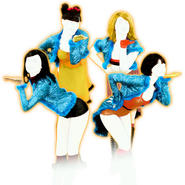 LOVEマシーン on the Just Dance Wii U menu 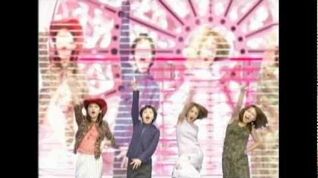 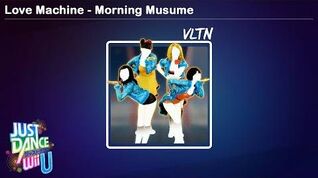