The dancers are a pair of women. They have blue outlines.

P1 has long red straight hair with bangs. She wears a lavender short sleeveless dress, supported dark blue straps looping around on her neck. She wears a sky blue belt with dark blue buckle on her waist and plum knee-length heeled boots with dark blue laces. She also wear several red bracelets on her left arm.

P2 has blue hair with two spiky pigtails. She wears a red crop top and dark red shorts, with lavender fluffy cuffs on the neck and sleeves. The shorts also has a white buckle on the center of the fluffy cuff. She also wears a pair of blue ankle boots. Lastly, she has a lavender fluffy cuff on her left arm.

The background appears to be the interior of a star ship, with purple and dark pink walls, a spotlight, and some lights.

All Gold Moves: Point your right hand in the air. 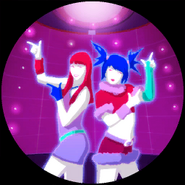 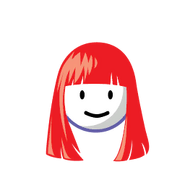 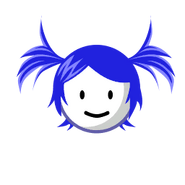 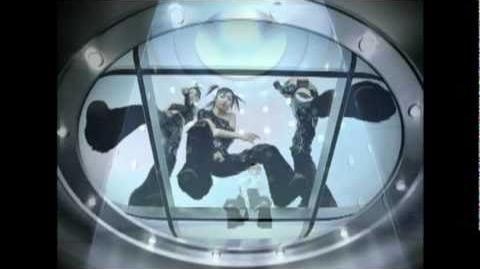 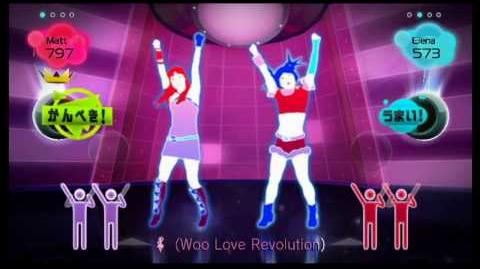