P1 represents the "Juliet" figure from the song.

C1 has unstyled wavy purple hair accessorized with several colorful flowers. She is dressed in a Renaissance-styled ball gown with a pink corset top and a silk skirt with the left side decorated in cascading purple flowers, complete with a tulle petticoat underneath. She has orange frills on each shoulder that connect down the corset top and pink tulle sleeves with lace embellishments that cover the rest of her arms. She also wears pink stilettos, a black lace choker with a gold pendant, and two large gold bangles on each wrist. Her glove is cyan blue.

C2’s outfit stays relatively the same. However, her hair is now tied up in a loose bun and she wears a gold masquerade mask.

P2 represents the "Romeo" figure from the song.

C1 has ombre blue pushed-back hair. He wears an orange ruffled pirate shirt with a V-line tied together in brown lace and a sleeveless purple vest. His shirt is tucked in with black trousers that contain rips on both knees and another one on the left thigh. He also wears blue sneakers with white accents and two gold chains on each pocket. His glove is neon lime green.

C2’s outfit now contains a bright red asymmetrical cloak. He accessorizes himself with a large black top hat and a gold masquerade mask. 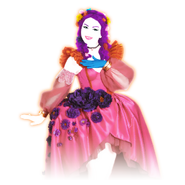 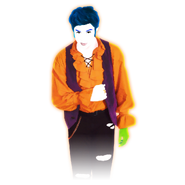 The routine takes place within a framed oil painting titled "Love Story" that sits on a red wall. The painting loosely follows the plot of the music video, which is in turn inspired by the play Romeo and Juliet. As the routine begins, the camera zooms in to focus on the painting. The routine starts with P1 and P2 in two separate areas. P1 is standing on a balcony on the left half of the painting while P2 is standing in a forest on the right half of the painting. Blank canvas separates the two dancers. The camera zooms in and out, showing different angles of the two environments, as well as the frame of the painting itself. As the pre-chorus starts, the painting is re-painted to show a different background, this time showing the dancers on separate sides of a garden with a hedge maze in the background and large hedges on each side of the screen. Blank canvas still separates the dancers. As the chorus begins, the blank area is colored in and the camera zooms in towards a castle. The painting is then re-painted to show the inside of the castle, where a masked ball is taking place. Several ornately-dressed couples can be seen dancing in the background. The floor and columns are both shades of gold and three gold chandeliers can be seen hanging from the ceiling. Large bay windows can be seen between the columns with the dark blue night sky visible within them. As the chorus ends, the painting is re-painted back into the balcony and forest scene with the dancers once again separated by blank canvas. The background behaves similarly to how it did during the first verse and is re-painted back into the hedge maze scene as the pre-chorus starts again. This leads back into the masked ball scene from the first chorus. As this chorus ends, the painting is re-painted into a forest. A tree can be seen on the left behind the dancers while a larger forest can be seen further back behind a meadow. The camera shifts to the right as the dancers move to the right and then back to the center as they move towards the center. As the bridge starts, the camera zooms in on the dancers, with the background becoming green watercolors before zooming back out into the forest scene. As the Gold Move starts, the painting is re-painted into an outdoor wedding scene. The camera zooms out to reveal a wedding arch covered in flowers and draped with a white curtain. Guests, presumably the bride and groom’s families, can be seen on both sides of the arch and the dancers introduce each other to them. As the routine ends, the wedding party applauds the couple and the camera zooms out so that the frame and wall is visible again. 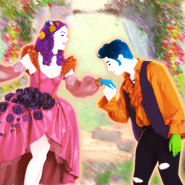 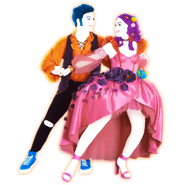 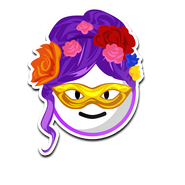 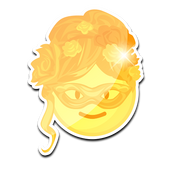 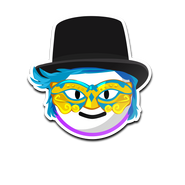 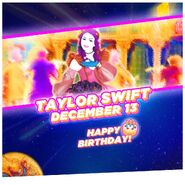 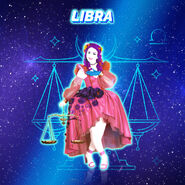 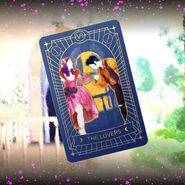 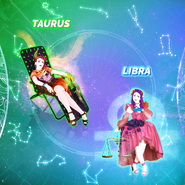 Zodiac promotional image (along with Happier Than Ever) 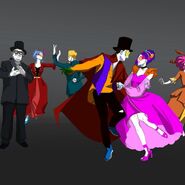 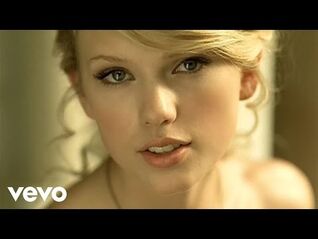 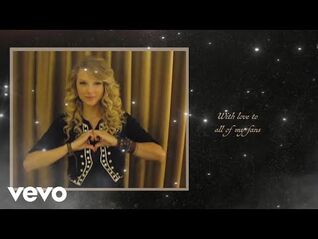 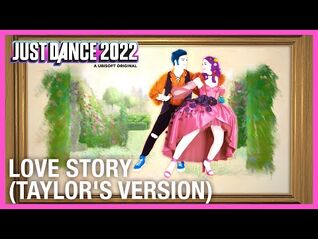 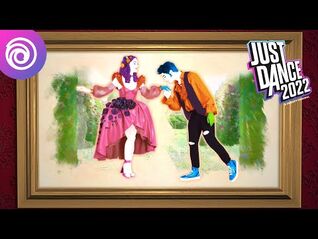