The routine is performed by an all-female dance crew:

P1’s hair is black and poofy with hot pink streaks and is wearing a coral red tank top, a sky blue bra visible on the sides, a gray star necklace, hot pink shorts, and black wedges. She is also wearing a pair of brownish pink-framed cat eye sunglasses.

P2’s hair is brown and in a ponytail. She is wearing a neon red leopard sleeveless body suit with a cut out on the stomach and hot pink patent sneakers.

P3’s hair is brown and puffy. She is wearing a hot pink and black crop top, a light blue skirt with magenta borders, tall pink socks, and a pair of yellow wedged sneakers.

P4’s hair is long and hot pink, with a part of it being reddish orange. She is wearing a hot pink and black giraffe print long sleeved crop top, maroon shorts with a gold chain belt, yellow socks and light blue platform peep-toe sneakers. She is also wearing black tea shade sunglasses. 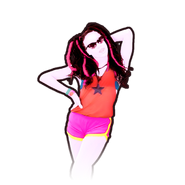 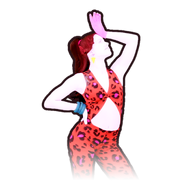 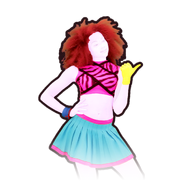 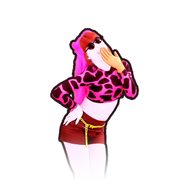 The background is composed of four colored panels - green, hot pink, purple and mango yellow - appear painted in sections with white lines. They shift formation from time to time, and reflections of the dancers can be seen on the walls. The walls also light up. If you look closely, the floor has some minor white scratches.

Gold Move 1: Touch the dancer on the left’s shoulder and put your right hand down. This is a left-to-right Wave Gold Move.
Gold Move 2:

Macarena has a monthly Mashup with a theme Gentlemen that can be unlocked in February. It is composed of mature male dancers.

Macarena appears in the following Mashup:

Macarena is featured in the following playlists: 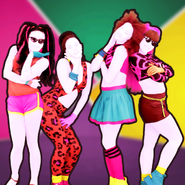 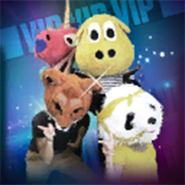 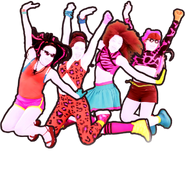 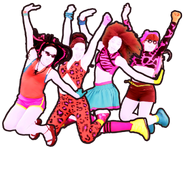 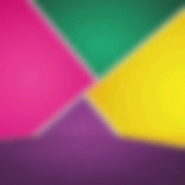 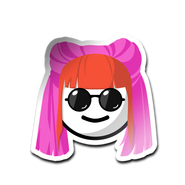 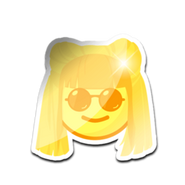 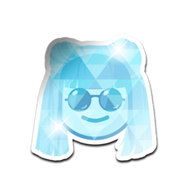 Macarena on the Just Dance 2015 menu

Macarena on the Just Dance 2016 menu

Macarena on the Just Dance 2017 menu

Macarena on the Just Dance 2018 menu

Macarena on the Just Dance 2020 menu 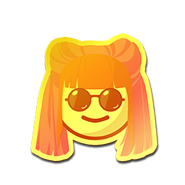 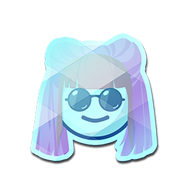 P3 in the background for The World is Ours

Error in the artist of the song 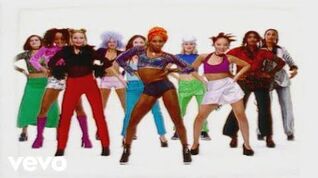 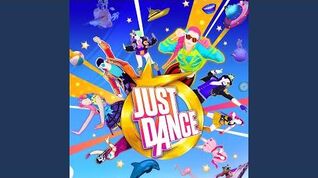 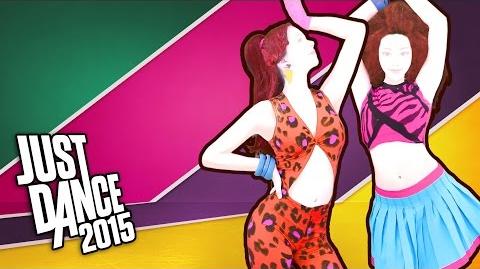 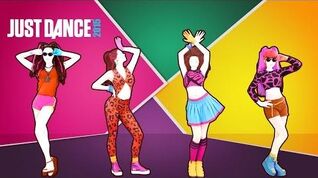 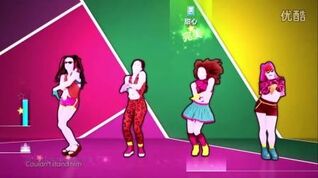 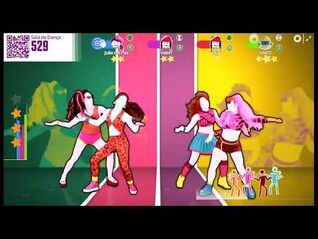 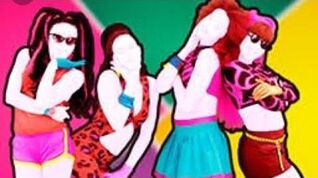 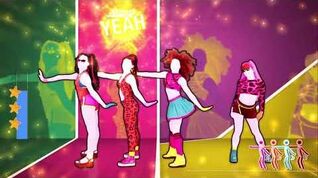 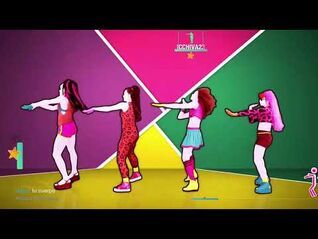 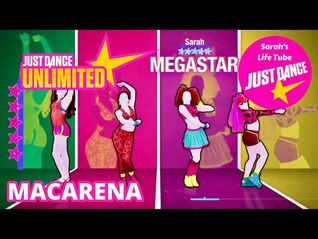 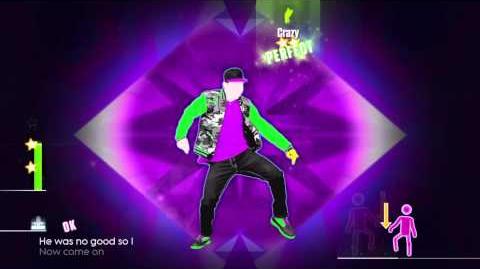 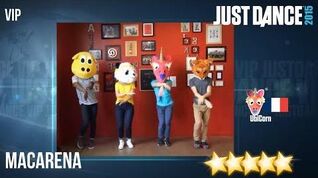