The song also has an Extreme Version available on Just Dance 2019.

On the eighth-generation console and Nintendo Switch versions of Just Dance 2019, Mad Love was one of fourteen tracks to be playable from the beginning.

The routine is preformed by a duet. They are dressed in 1850s based fashion with heart motifs. They have full opacity black and white outlines.

P1 is a woman. She has light blue curly hair pinned on the left side by a lime green heart hairpin. She wears a pink and cyan bodice with a heart motif in the middle and sleeves with ruffles. She has a cyan and orange striped skirt with a cut in the middle with purple inside. She also has hot pink socks with blue ribbons, lime green platform shoes with yellow heart motifs beside each, and black cat-eye sunglasses. 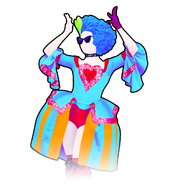 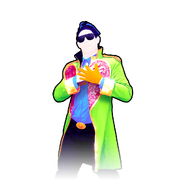 The routine takes place on a checkered floor which shifts into shapes like diamonds, hearts, clovers, and stars. The routine moves towards a castle, progressing from a garden to a festival, and to the gates of the kingdom. The garden has arches of plants and leaves, multiple plants with a heart on them in a blue ceramic pot, with velvet curtains that rise behind them. During the chorus, they move along on the same floor except with the coach from Narco barricading the sides, and concrete and abstract statues spinning behind them. They then go to an area with heart-shaped balloons and trumpets spewing more balloons. Three balloons growing out from a pot can also be seen.

Gold Moves 1 and 2: This is a right-to-left Wave Gold Move:

Mad Love is featured in the following playlists: 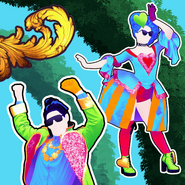 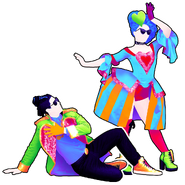 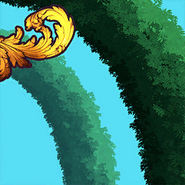 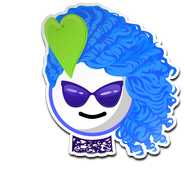 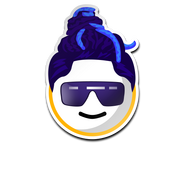 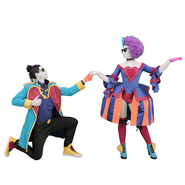 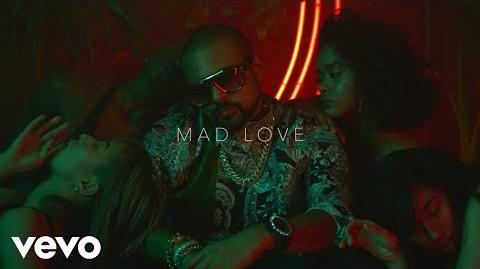 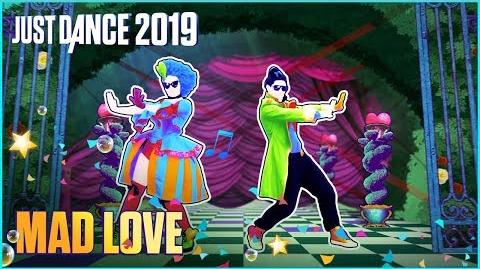 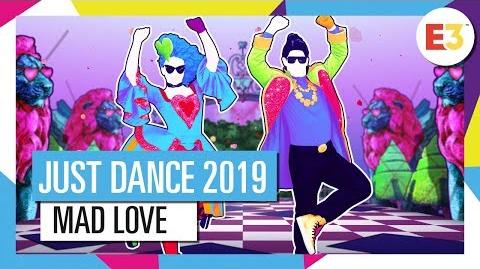 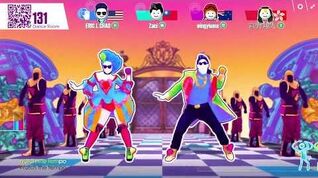 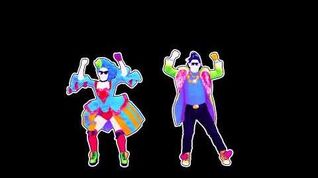