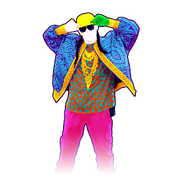 The coach is a man with black hair in two braids. He has a yellow cap and sunglasses. He wears a blue jacket with golden lining and various designs on it in a darker color, an orange and teal shirt with a radial design, multiple gold necklaces, magenta trousers, and yellow shoes with dark violet tassels. His glove is vibrant green. He has a solid dark violet and white outline.

The background is made of many oriental, Indian patterns that later form an artistic drawing of an elephant head. Later, it changes to a beige, papyrus-like background with gray rhombuses that turn orange after some time. During the second chorus, a drawing of a tiger appears in a similar style as the elephant. Near the end, the two drawings appear side-by-side.

Gold Move 1: Repeatedly punch to your right while stomping.
Gold Move 2: Slightly bend your legs while putting your left hand up and your right hand near your mouth, as if you are shouting. 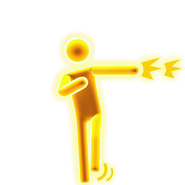 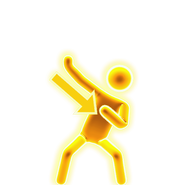 Magenta Riddim is featured in the following playlists: 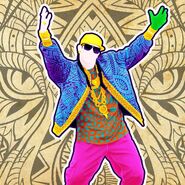 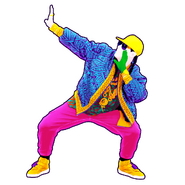 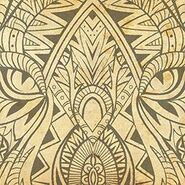 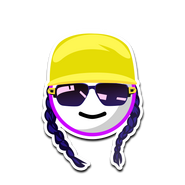 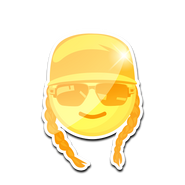 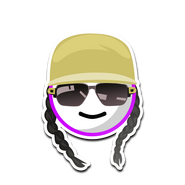 The background on the icon for the Just Dance Now playlist "Celebrate Music!" 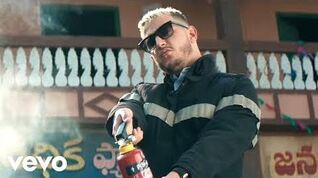 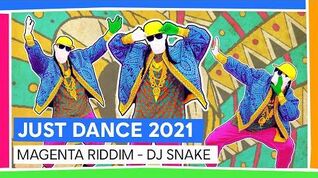 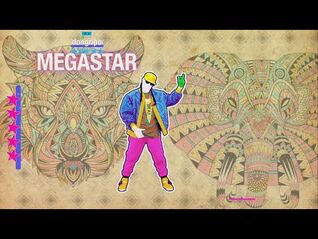 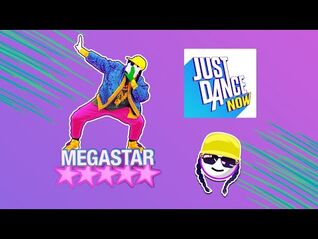 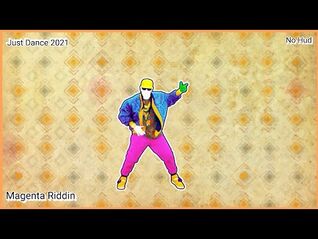