P1 wears a black cat costume with orange ears and an orange belly, round yellow and black eyes, a purple nose with purple whiskers, a blue bow tie and a green glove.

P2 is a girl in a witch costume. She has a dark purple witch hat, orange hair in two long pigtails, a fuchsia coat with fluffy sleeves and a light blue bra underneath, an orange and fuchsia fluffy skirt with dark purple stars, a pair of striped leggins which are half orange and half fuchsia, and dark purple boots. 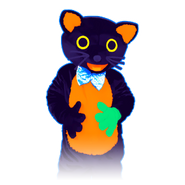 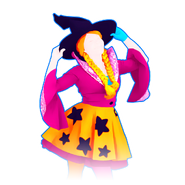 The routine takes place in a gloomy room with many candles and a chimney with a boiling pot in the middle; on the sides, there is a broom, two Jack-o'-Lanterns and three ampoules; on the right, there is a fortune teller sphere, two incense stick, sack with a golden glowing substance and a cartoonish ghost. Most of these elements animate with the music.

Gold Move 2: Bend your arms 90° and swing them from right to left, as if you were marching. 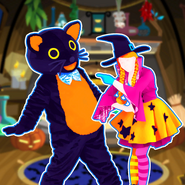 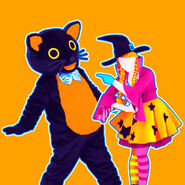 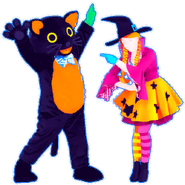 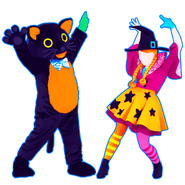 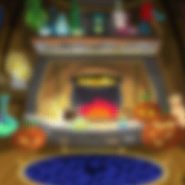 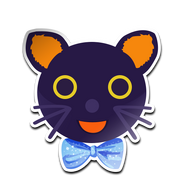 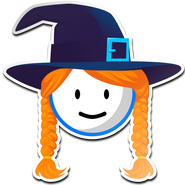 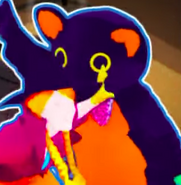 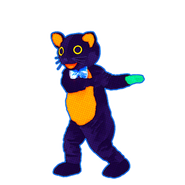 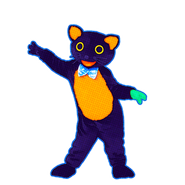 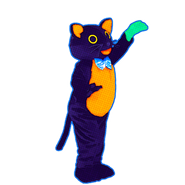 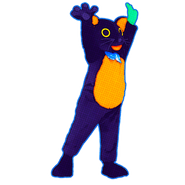 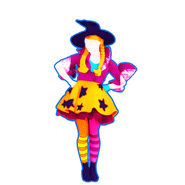 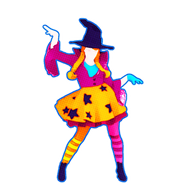 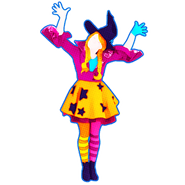 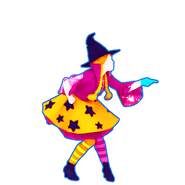 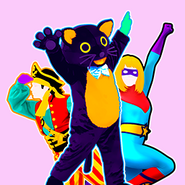 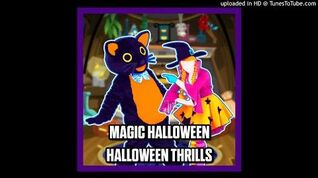 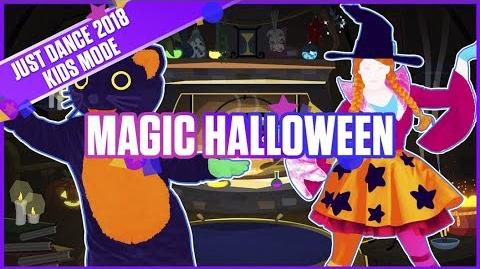 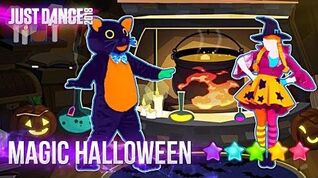 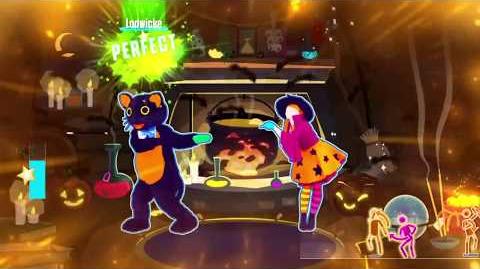 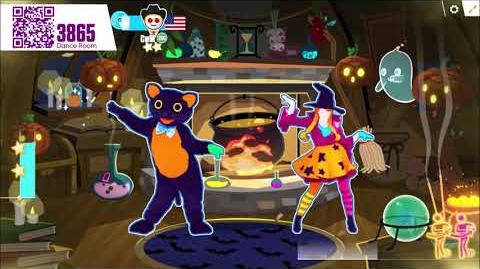 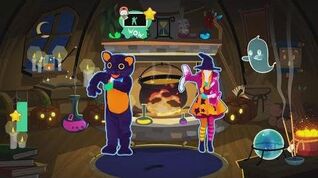 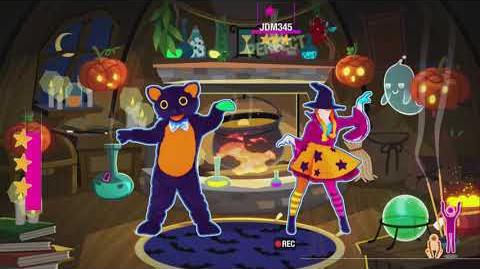 Retrieved from "https://justdance.fandom.com/wiki/Magic_Halloween?oldid=1256287"
Community content is available under CC-BY-SA unless otherwise noted.