Just Dance Wiki
Register
Don't have an account?
Sign In
Advertisement
in: Songs, 1960s, Songs by The Just Dance Kids,
and 8 more

The routine is performed by two girls and a boy that repeatedly appears and disappears. Unlike in most other routines in the game, the player does not follow all of them at the same time; at the beginning of each section of the song, a blue and white outline will appear around the dancer(s) that the player is to follow for the rest of the section.

The backup dancers are two girls wearing red, mauve, and orange striped sleeveless tops with white straps, matching red pants with white belts, and a pair of white boots. The boy wears an two-tone jacket with a white shirt underneath, similarly colored pants, and orange shoes.

The background takes place in front of a large grassy clearing. To the left is a tree and on both sides multicolored flowers can be seen. Some colorful hills and a mountain range can be seen in the back.

Both Gold Moves: With the fingers extended in a "peace" sign, bring your left hand to your face and move it across to the left. 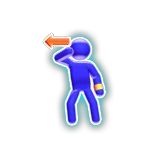 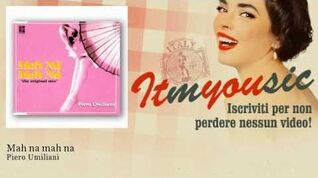 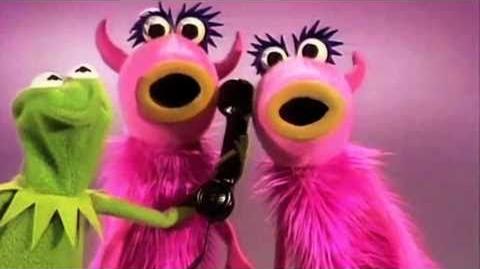 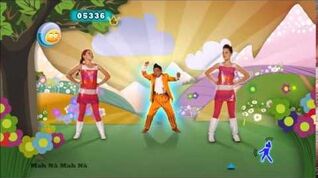 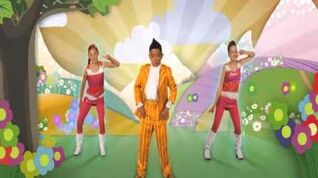