From the TV series

The dancer is a girl with long black hair in a ponytail. She wears a pink sleeveless shirt over a top with an image of space printed in it. The top is colored black, dark pink, pastel pink and white. She also wears a pair of pastel pink jeans, and grey shoes with white laces. Her right hand has a golden glow. Her outline starts in white and later turns to purple.

The routine initially starts in a white living room that gets colored and furnished. The room consists with two blue couches, a stand lamp, some potted plants, a white table, a shelf and a white carpet. Then the carpet slowly rises up with the dancer before becoming a cyan blue platform in space for the rest of the routine.

Throughout the routine, it features a spiral galaxy, with background elements such as stars and hearts with colored trails, and rainbows coming from the dancer. During the chorus, radio boxes with colorful circles appear behind the dancer while cloud-like shapes with silhouettes of cheering people appear in coordination with its associated lyrics ("Main attraction"). Stars in pink or dark blue colors as well as a shooting star appear occasionally in the background.

Gold Move: Open your arms perpendicular to your body. 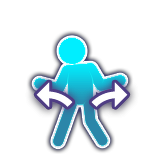 Make It Shine on the Just Dance Kids 2014 menu 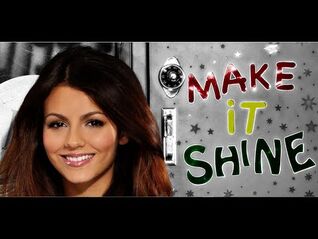 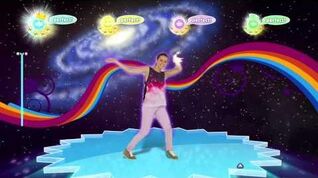 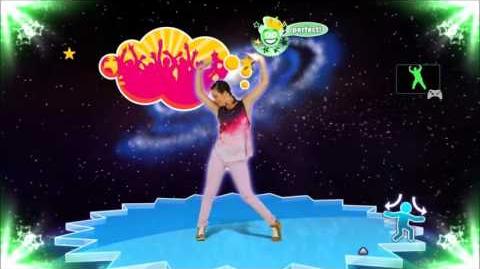 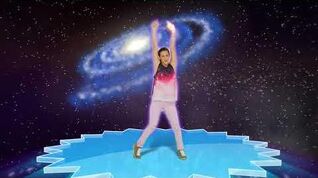