NOW files
1A: Deep Lochmara
1B: Smalt
2A: Pinkish Goldenrod
2B: Fire

The routine is performed by a duet of women in bathing suits. They have black and white outlines.

P1 is a woman wearing an orange-and-yellow striped one-piece bathing suit, along with a cyan belt at the waist. She is also wearing a pair of cyan heels with cyan flowers at the sides, a pair of yellow sunglasses, and an orange swim cap with cyan stars on it. She is also seen wearing bracelets of different colors on either wrist.

P2 is a woman wearing a cyan-and-orange zigzagged one-piece bathing suit. She also wears cyan heels, a cyan bracelet on her left wrist, and a yellow-orange swimming cap adorned with red and cyan flowers. She also wears a pair of orange sunglasses. 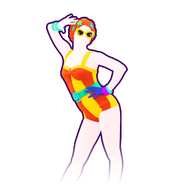 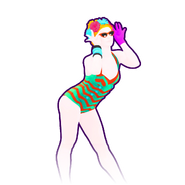 The beginning of the routine takes place on a seashore backdrop decorated with green umbrellas, with an ocean and sailboats behind it. During the buildup to the first verse, lots of orange beach lounge chairs open up.

During each verse, there are different shapes that resemble a beach (similar to Got That). There are some squares that resembles chairs and umbrellas in different colors. Later, the background changes into beach pavilions in various colors with a red silhouette and a red circle that resembles a sun and moves slowly.

In the pre-chorus, every time the first beat is played, the camera zooms out to reveal a cruise ship on an ocean first, followed by a view of a lighthouse with tiny sailboats around it, followed by another view of the lighthouse but far away, and ending with two buildings with windows that are in front of the ocean.

In the first part of the choruses, the background changes into a top view of a beach. There are some highlighted umbrellas in different colors, a sea, and some mats. The lyrics "Let’s get down, down, down" can be seen on the screen while they are sung. The background changes to the other side of the beach and goes on the same principle, but this time, with colorful triangles on the sea.

During the second part of both choruses, the background changes into a top look of a spinning umbrella. While it is spinning, the umbrella’s colors are changed. Then, the background changes to a seashore with umbrellas and mats. Every time "Ohhhh!" is sung, the camera zooms out, showing more umbrellas and mats. When Gold Move 1 happens, there is a pink rectangle on the screen with "MAMA MIA" written on it.

Gold Move 1: Put your hands near your head, while shaking your head.
Gold Move 2:

Mama Mia is featured in the following playlists: 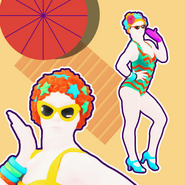 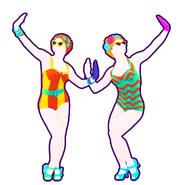 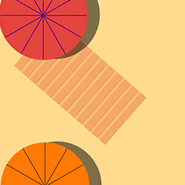 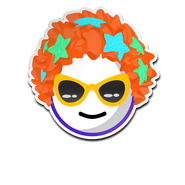 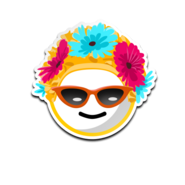 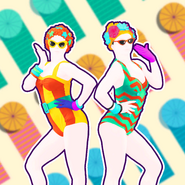 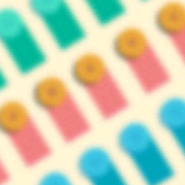 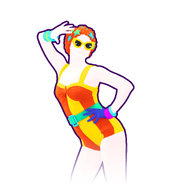 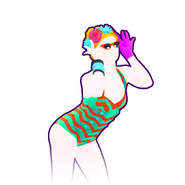 The coaches appearing in the Summer Vibes icon 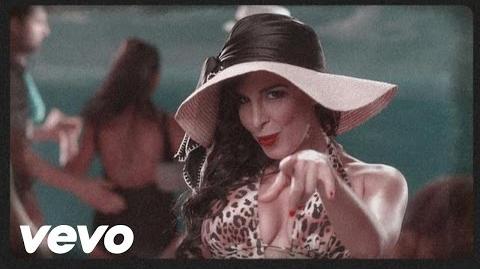 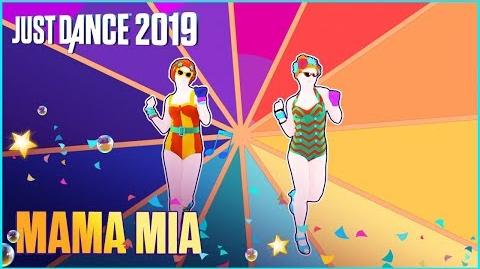 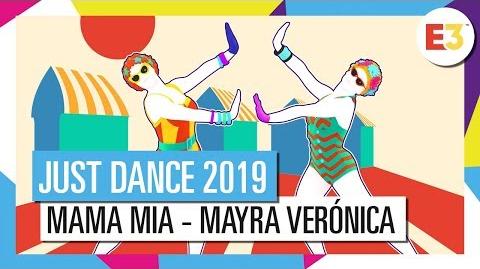 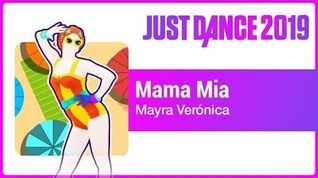 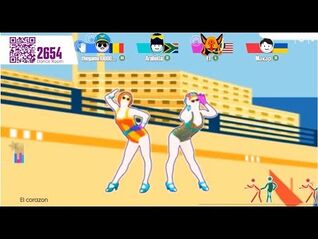 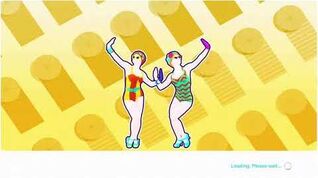 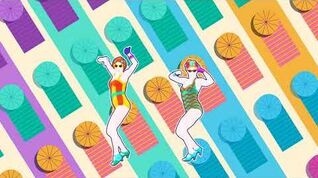