"Mamma Mia" by ABBA is featured on ABBA: You Can Dance, Just Dance Unlimited, and Just Dance Now.

The dancers are two men and two women all wearing a white glove:

P1 is a man in a shiny blue jacket, a shiny blue gilet, shiny blue trousers, a white shirt and a black bow tie. Not only that, but his hair is brown and short.

P2 is a woman with shiny blue pantaloons sticking to a blue tank top and her hair is blonde, long and wavy.

P3 is dressed the same way as P2 and her hair is brown, straight and long.

P4 has a shiny blue tank top with a flower-shaped hole in it and shiny blue pants. He also has short brown hair. 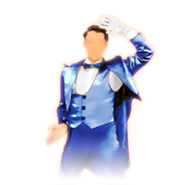 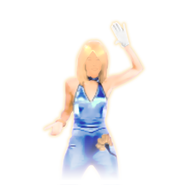 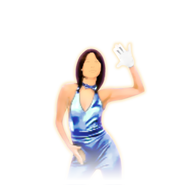 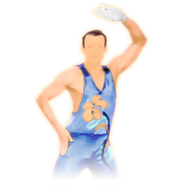 The dance takes place in a wide blank room. At the start, white instruments appear. During the song, the room turns blue and orange and flashing lights illuminate the dancers.

Both Gold Moves: Bend over and put both hands on your mouth.

Mamma Mia is featured in the following playlists: 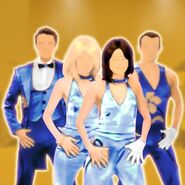 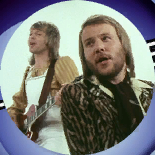 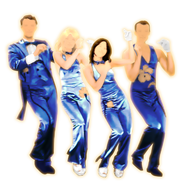 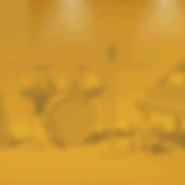 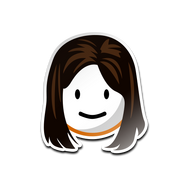 Mamma Mia on the ABBA: You Can Dance menu 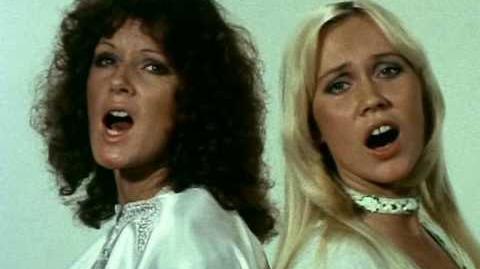 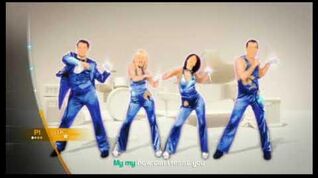 Mamma Mia - ABBA You Can Dance 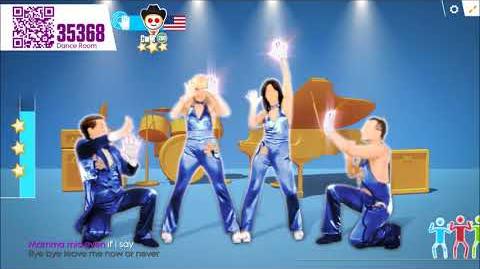 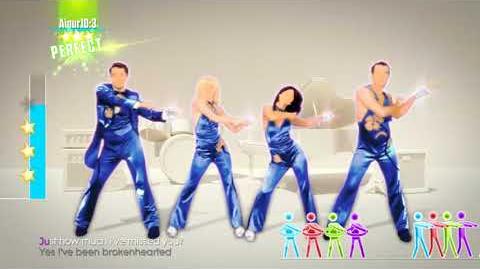 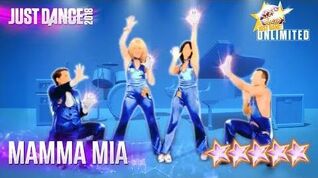 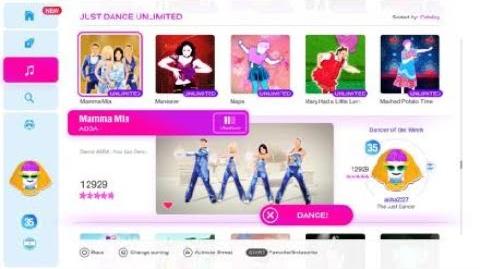 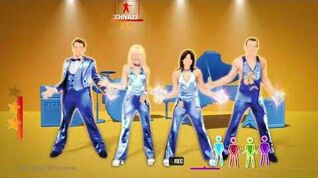 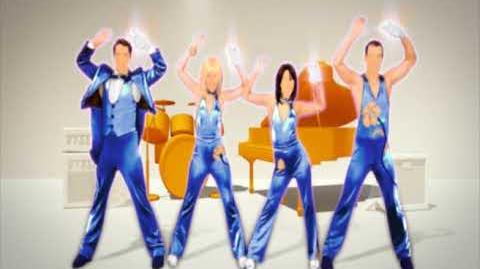 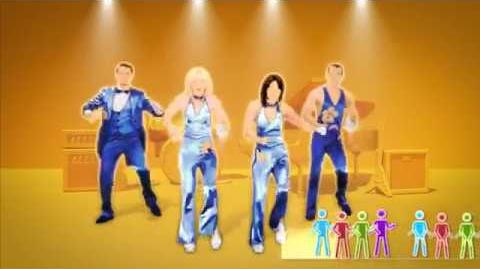 Retrieved from "https://justdance.fandom.com/wiki/Mamma_Mia?oldid=1303638"
Community content is available under CC-BY-SA unless otherwise noted.