MarciaBaila
"Marcia Baila" by Les Rita Mitsouko is featured on the PAL version of Just Dance 3 for the Wii and PS3. On the Xbox 360, it is featured on both versions as an unlockable track, and it is unlocked on the player’s song list if the region code of the console is PAL or NTSC-J.

The dancer is a woman with tall red and black coiffure. She also wears a tango dress, composed of a black shirt with one sleeve long and the other short and red decorations, and a violet skirt with a red patch in the middle with white spots on the patch. Finally, she has one big cyan and purple tear drop-shaped earring on her ear, and cyan high-heels. In the remake, the dancer stays exactly the same, except more realistic. 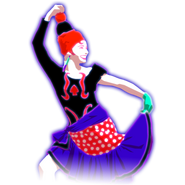 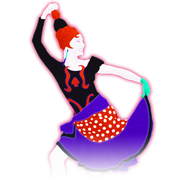 The routine takes place within a town view during nighttime. Three red fans, which open and close at certain points, can be seen, and many stylized skyscrapers can be seen in the background. The coach is reflected in the black floor. On the top left, a full moon pulses along with the beat. Throughout the song, the lights on the buildings constantly fade out and in; when the coach whips her right arm in an infinite sign, they pulse. When she jumps, the screen shakes.

In the chorus, the scenery changes from nighttime to sunrise, with the sun rising and the sky turning orange, and the lights on the skyscrapers turning off.

On the Xbox 360 version of Just Dance 3, the sun appears completely instead of being shown on the rising during the chorus, there are ladybug designs on the fans and there are more skyscraper buildings, with two of them near the coach. Also, the screen does not shake when she jumps. 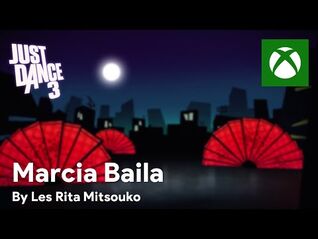 In the remake, the background fades in slowly before the song starts. The moon, the sun, and the buildings are no longer animated, and the coach’s outline is not reflected on the floor. Much like the Xbox 360 version, the screen does not shake when she jumps. In the end, the screen fades back to black. 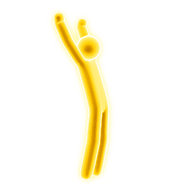 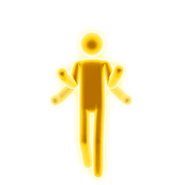 Marcia Baila is featured in the following Mashups:

Marcia Baila appears in Puppet Master Modes in Just Dance 4. Here are the captions attributed to her dance moves: 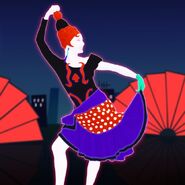 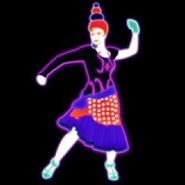 The background behind the field of view 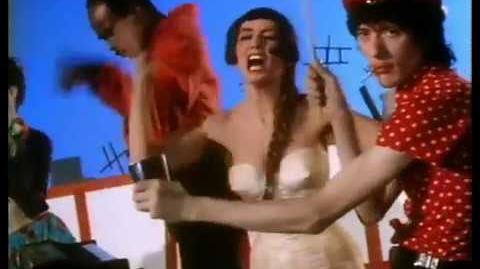 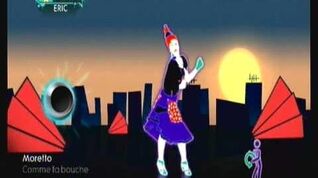 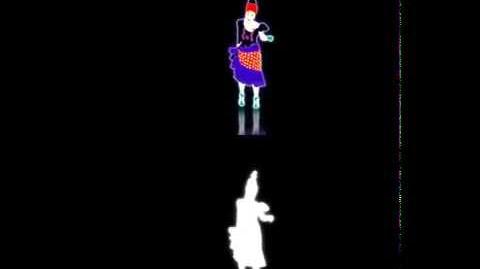 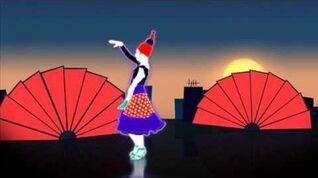