The dancer is Fumi/Katie dressed in traditional Japanese clothes. She wears a fabric hairband which holds her hair in a pony tail, a red kimono with some Yo-kai spirits icons on it, a pair of blue shorts, and a pair of black and white sneakers with dark blue socks.

The coach dances in a paved square with four lanterns on the sides, five glowing flames (a yellow one, a red one, a green one, a light blue one and a violet one) that follow the coach, a big stage behind her, and Chinese swaying lanterns that glow according to the beat. On the stage, there are pictures of Walkappa, Jibanyan, and other relatives of his, in front of a red and white striped background; onto it, there are Komasan and Komajiro banging a drum on a little canopy; behind the stage, there are black silhouettes of trees, and a bright night sky.

During the routine, the square gets darker, or makes way to a spotlight that shines on the coach.

At the end of the song, the camera pans to the sky, showing colorful fireworks.

Both Gold Moves: Spin around and throw your right arm to the front. 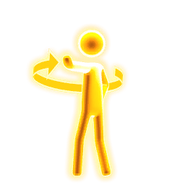 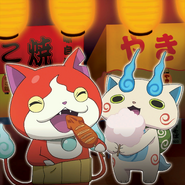 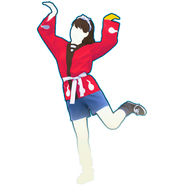 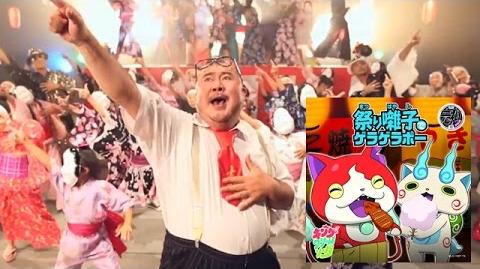 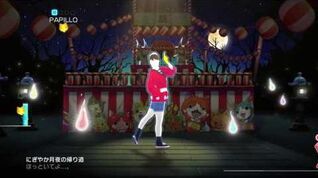