JDU Files
1A: Deep Siren
1B: Dark Pinkish Diesel
2A: Amber
2B: Nero

Shirley Henault[2]
"Mayores" by Becky G featuring Bad Bunny is featured on Just Dance Unlimited. The song can also be found in the files of Just Dance Now.

The dancer is a female criminal with black hair in two braids. She wears a latex fuchsia suit with teal storage packets around her leg, arm, and waist. She also wears a pair of high heel boots, along with golden earrings, a golden wristwatch, and a golden necklace. She has a cyan outline throughout the routine, but during the chorus and bridge, her outline is yellow.

The dance takes place in a golden bank vault. The dancer drops down from a skylight and in front of the vault.

When Becky G begins to sing, the vault opens and reveals gold bars, a golden diamond, and a golden vault. Throughout the dance, golden lasers start flashing. In addition, the lights on the floor start spinning, as if the background is a disco dancefloor.

During the pre-chorus, the camera zooms into the safe box, showing green drawers with diamonds inside. The inner light of the drawers switch between pink and turquoise to the rhythm. After Gold Move 1, the camera moves down, fading into green and pink drawers.

During the chorus, the drawers’ handles start to flicker. Additionally, the dancer seems to avoid the cyan and fuchsia lasers.

In the post-chorus, the background fades into a dark pink background with pink lasers. Behind the dancer is a spinning pink diamond.

In the bridge, the color scheme of the background turns golden, and features video cameras of the dancer.

Gold Move 1: Jump up and put your hands above your head.
Gold Moves 2 and 3: Quickly place your hands near your shoulders. 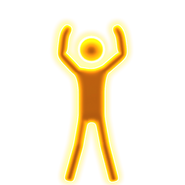 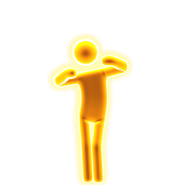 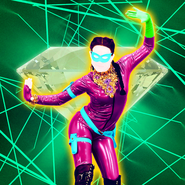 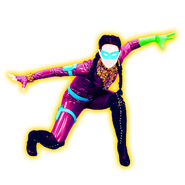 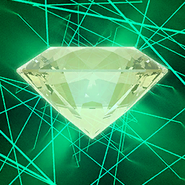 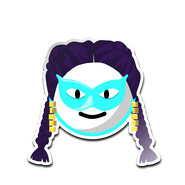 Mayores on the Just Dance 2019 menu

Mayores on the Just Dance 2020 menu

Mayores in a Ubisoft Brazil thumbnail 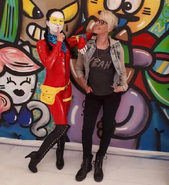 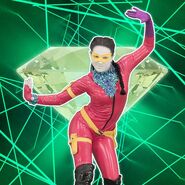 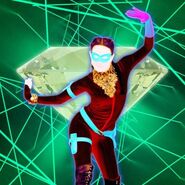 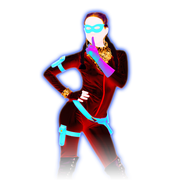 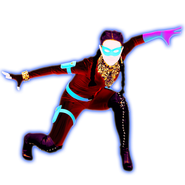 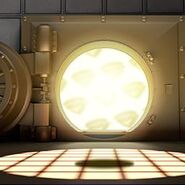 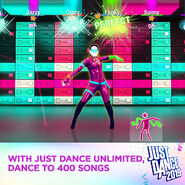 The routine on a promotional image about Just Dance Unlimited

Mayores as seen in the Xbox Store 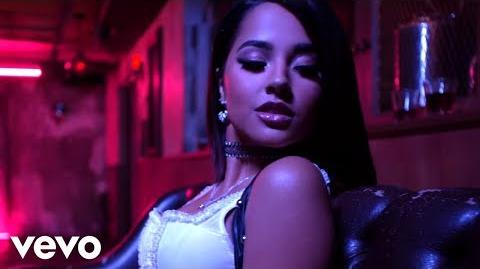 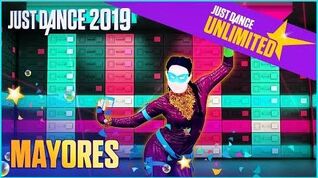 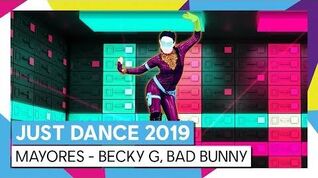 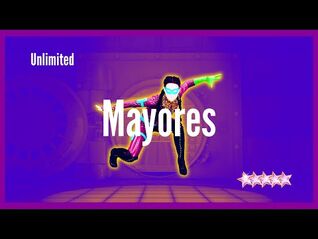 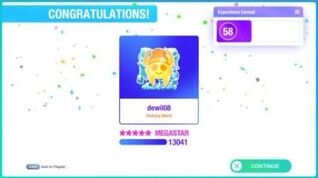