1A: Amber
1B: Fire
2A: Heliotrope
2B: Bluish Electric Violet

"Me Too" by Meghan Trainor is featured on Just Dance Unlimited and Just Dance Now. 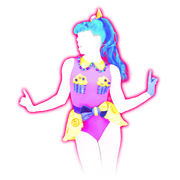 The dancer is a woman with long blue hair tied in a ponytail with a yellow bow. She has long blue bangs and wears a purple leotard with a yellow collar and yellow and blue muffins on it. She wears a matching belt that is colored the same way and wears purple high heels.

The coach comes out of a vanilla cake with candles, frosting, a muffin on the top, spotted lights around the border, and decorations such as ice cream cones and cream puffs; behind the cake, there is a wall with three big windows and triangular festoons.

At the beginning, the cake is black with neon-colored outlines, the candles are aqua and the room is black with pink light effects. In the verses, the cake turns to its normal palette (mostly yellow, purple, light blue, and green), the candles turn pink and white and the room is much more illuminated; then, the cake turns to a palette composed of red and purple gradients. In the chorus, the cake has some glowing and light effects, and the palette from the verses is used, with a higher saturation; the room, instead, turns light blue with some moving spotlights. In the bridge, the background turns into the neon palette used in the beginning.

All Gold Moves: Raise your right arm up in a semicircle, lift your left leg, and pound the air in a stiff pose. 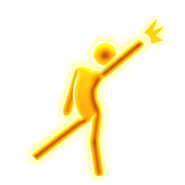 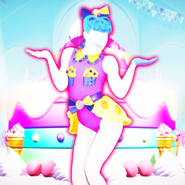 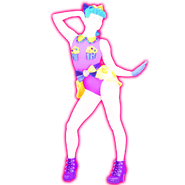 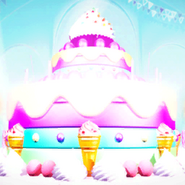 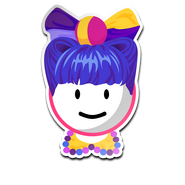 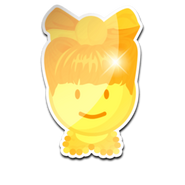 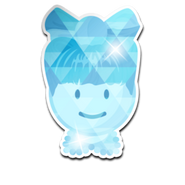 Me Too on the Just Dance Now menu (2017 update, computer)

Me Too on the Just Dance Now menu (2020 update, computer) 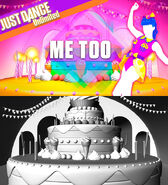 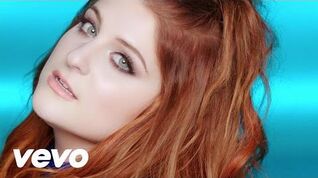 Meghan Trainor - Me Too 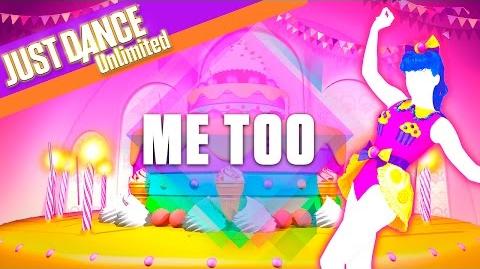 Me Too - Gameplay Teaser (US) 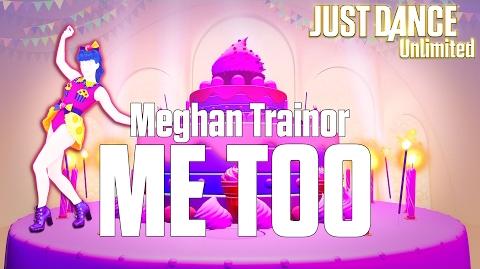 Me Too - Gameplay Teaser (UK) 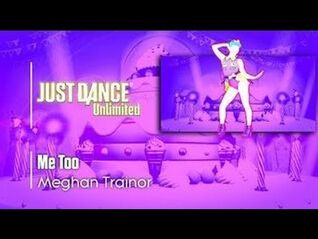 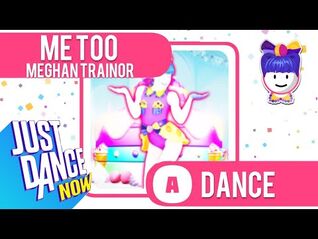 Just Dance Now - Me Too *MEGASTAR* 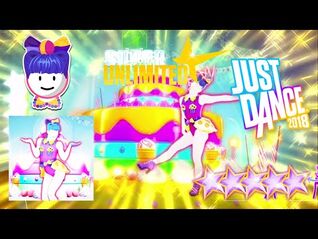 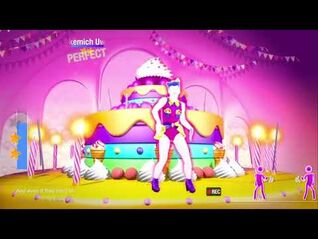 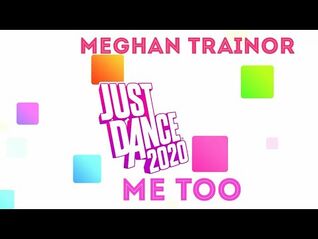 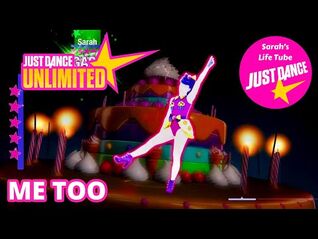 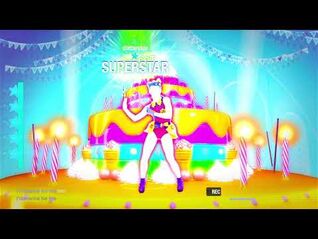 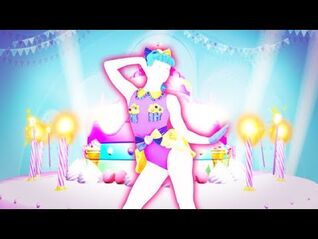 Just Dance Me Too (No Hud)