"Medicina" by Anitta is featured on Just Dance Unlimited and Just Dance Now.

P1 is a man with a high-slope haircut tied into a ponytail. He is wearing a red sleeveless zipped-up shirt with an orange collar and yellow hem, purple shorts, orange socks, and dark turquoise sneakers with white soles.

P2 is a woman with lime green hair done in two braids. She is wearing a black choker, a gold necklace, a blood-red fringed camisole, a pair of orange shorts with a torn denim skirt over it, a black belt with gold buckles, and purple high heel ankle boots.

P3 is a man. He is wearing a light-purple cap with a black underside on its crown, a lime-green shirt, an orange jacket with black zippers, a bronze necklace, a pair of dark-green track pants with purple stripes on its sides, and dark brown shoes with blood-red buckles.

P4 is a woman with curly black hair in a high bun. She is wearing a dark-red headband, emerald earrings, a bronze necklace, a purple over-the-shoulder crop top, a turquoise, black and gold-striped wristband, a pair of yellow, orange and black-striped pants, and black high heel sandals. 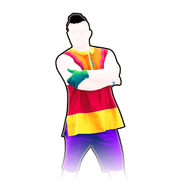 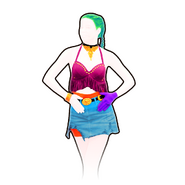 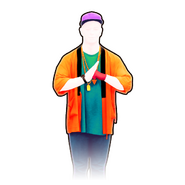 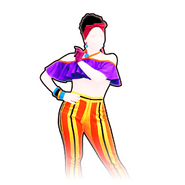 The coach is the same as P1 of the Classic routine. His hair is light brown with a high-slope haircut tied into a ponytail. He is wearing a red sleeveless zipped-up shirt with an orange collar and yellow hem, purple shorts, orange socks, and dark turquoise sneakers with white soles.

The background is a tunnel made of squares, triangles, stars, and diamonds. They change colors with the beat of the song with these themes in order: Easter Island, Amazon Rainforest, African Tribes, China, Japan, The Wild West, National Park, Savannah, Egypt, and New York.

On Easter Island, the squares form a cross and are lime green and dark pink. They are flanked by trees and flowers alongside the Easter Island heads and a Mayan temple.

On the Amazon Rainforest, the cross turns into diamonds and are flanked by tropical plants, macaws, and butterflies.

In the Wild West, the 3-pointed stars turn into turquoise-and-dark-orange 5-pointed stars flanked by the Wright Flyer, cactuses, houses, and water towers.

In National Park, the star turns into a square flanked by bald eagles, pine trees, deer, and bears.

In Savannah, the square turns into an orange-and-yellow diamond flanked by dragon blood trees, giraffes, zebras, elephants, and flowers.

In Egypt, the diamond turns into a triangle flanked by clones of P1, obelisks, flowers, sand dunes, and the Sphinx.

When the China theme returns, it now has lion statues, pagodas, and temples flanking a circle.

It then turns into New York, with a lime-green-and-orange hexagon flanked by clones of P2, plants, and buildings.

The routine concludes by cycling through African Tribes, China, National Park, and Amazon Rainforest in order.

Gold Move 2: Raise your arms and bring them down in a circle.

There are 2 Gold Moves in the Extreme routine:

Gold Move 1: Move your hands left to right while bringing them up.
Gold Move 2: Throw your arms down near your shoulders. 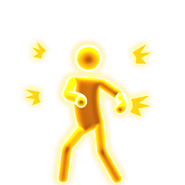 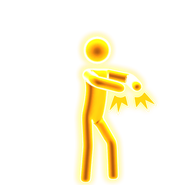 Medicina is featured in the following playlists: 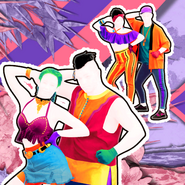 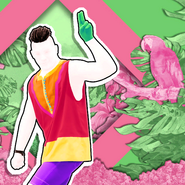 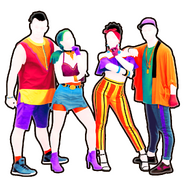 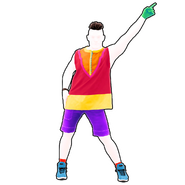 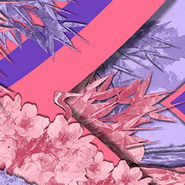 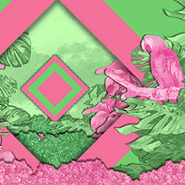 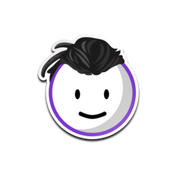 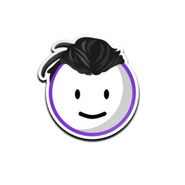 Medicina in the Just Dance 2019 menu

Rehearsals of the routine (Classic)

Behind the Scenes
(Classic, P2) 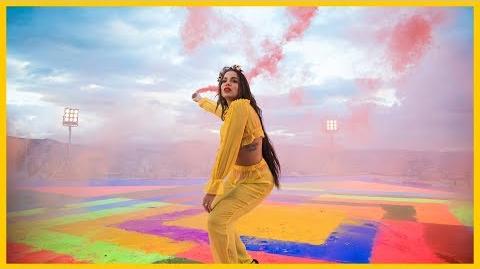 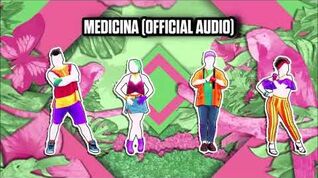 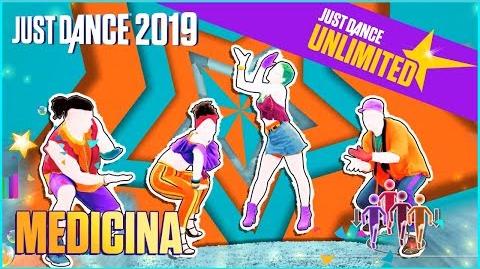 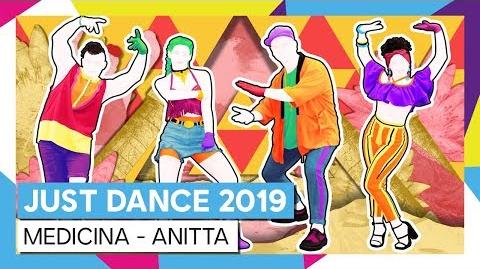 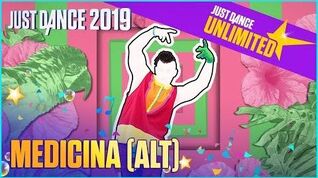 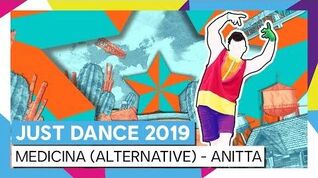 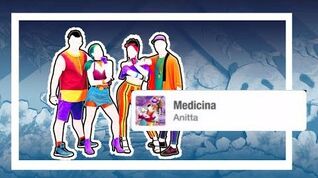 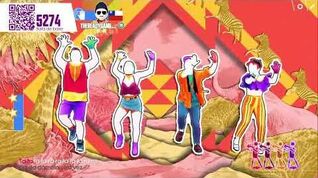 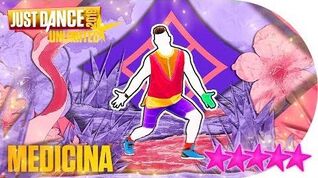 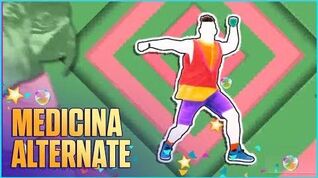 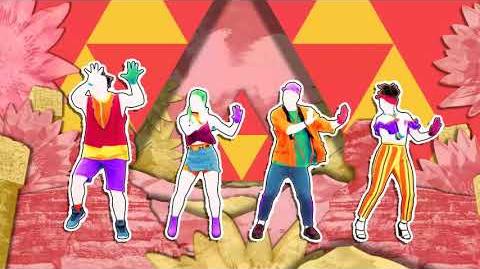 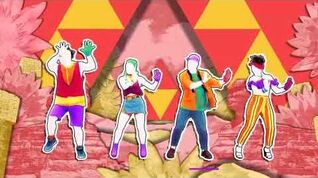 Retrieved from "https://justdance.fandom.com/wiki/Medicina?oldid=1144340"
Community content is available under CC-BY-SA unless otherwise noted.