The routine opens on a political debate between a cat in the blue corner and a dog in the orange. Before long, the coach is transported to a battlefield where the cat and dog are preparing to fight in a tank resembling a cat and a dog respectively with soldiers coming in behind them and soon after firing fish bones and dog bones at one another. During the choruses, the fighting stops with the cats and dogs dancing to the song with hearts in their eyes. At the start of the bridge and at the end of the song, the coach, as well as the cat and the dog, is brought into outer space with the coach on a small purple platform, and the cat and dog each in their own spaceship. 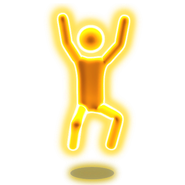 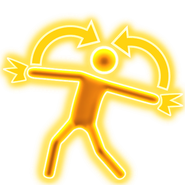 Miłość w Zakopanem is featured in the following playlists: 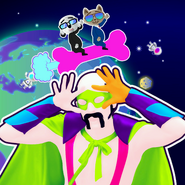 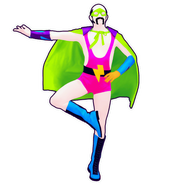 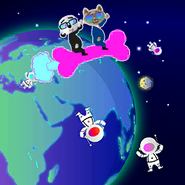 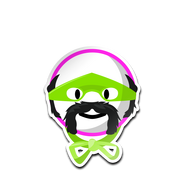 Just Dance Now notification (along with Not Your Ordinary) 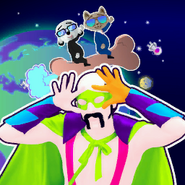 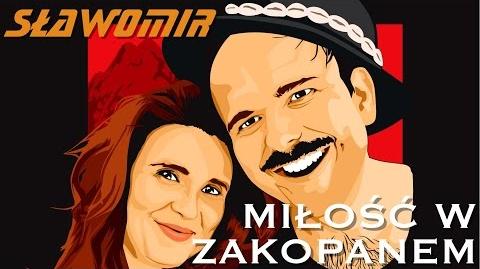 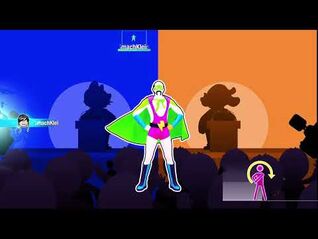 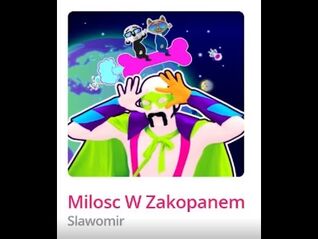 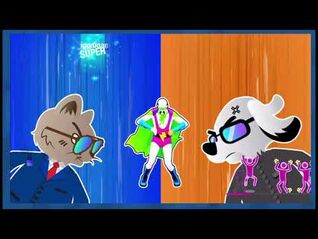 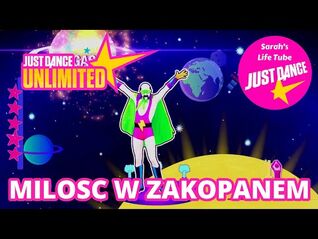 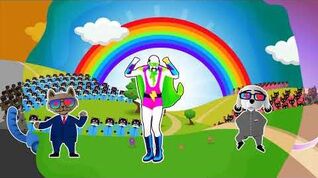