The routine is performed by a trio of men. All of them wear sunglasses.

P1 has navy blue hair in a frizzy bun. He wears a yellow vest with blue and pink squares, a navy blue tank top, a pair of sky blue capris, an orange jacket around his hips, and a pair of pink sneakers.

P3 has short black hair. He wears a pink sweatband, a sky blue shirt that is partially opened at the chest, a golden necklace, a pair of navy blue skinny jeans, and yellow ankle boots with black laces. 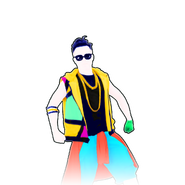 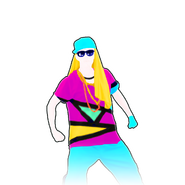 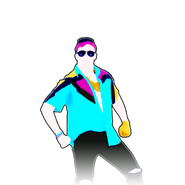 During the vocal verses, the background takes place in a Latin American neighborhood, with burnt orange architecture. The sheets hanging across the building and fence change patterns and colors. During the gold moves and the chorus, colored filters appear behind each dancer. At the chorus, from left to right, they are blue, green and orange, and during the gold move, in order of dancer performing, they are purple, yellow and red. During instrumentals, the location changes to an archway of identical texture to the neighborhood. Likewise, the same patterns found on the sheets appear on the walls of the archway and on the ground.

There are 2 Gold Moves in the routine.
Gold Move 1: 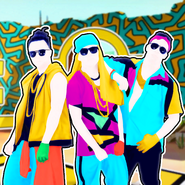 Mi Gente
Add a photo to this gallery 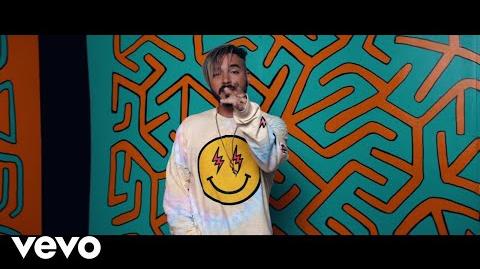 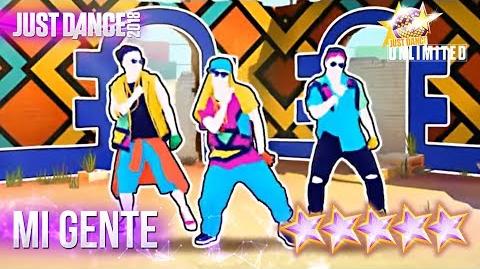 Retrieved from "https://justdance.fandom.com/wiki/Mi_Gente?oldid=831483"
Community content is available under CC-BY-SA unless otherwise noted.