NOW files
1A: Electric Violet
1B: Mardi Gras
2A: Bright Sun
2B: Lonestar

P1 is a woman who has medium-length purple hair cut into a fringe. Part of her hair is tied into two buns on each side. She wears a tight shiny full-body suit which is golden and patterned with black designs. The dress has a deep cut down to her stomach, where it is secured by a golden belt. She wears a black bra underneath. Over that, she has a full-sleeved, lavender blue coat with short fur. She wears a golden choker-necklace with a golden pendant. Her boot heels are lavender blue in color. She also wears a pair of sunglasses with a wide golden rim.

P2 is a woman. Her hair is reddish - pink, cut into a fringe, and tied into a loose side-ponytail. She wears a tight latex lavender blue crop top and lavender blue skinny pants. Over that, she wears a fur coat which is striped black and sea-green. She also wears a pair of stiletto heels that are sea-green in color. She flaunts a heavy golden necklace, and golden earrings which have a teardrop-hoop design. Her sunglasses are round, and the rim is lavender blue.

P3 is a woman. She sports a dark brown bob with fringes. She wears a sleeveless lavender blue blouse and sea-green tight shorts. Over that she wears a rosy-red velvet jacket, with golden strips on the sides, constricting the coat at the parts. She wears a few golden chains around her neck, and they are wrapped over each other, with one chain hanging loose. She also has a chain around her waist. She wears bright yellow heeled boots. She also wears a pair of sunglasses with a golden-yellow rim.

P4 is a woman. She has blonde wavy hair tied into a simple ponytail and is secured with a headband. Her clothing includes a short, loose dress with red and black patterns and the dress shimmers. Over that she wears a violet fur coat. Her shoes are rosy-red and are heeled stilettos with a raised strap over each foot. She also sports a violet-and-black necklace, with many hanging strips. She also sports a pair of sunglasses with a sea-green rim. 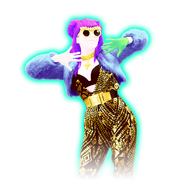 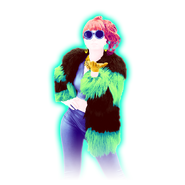 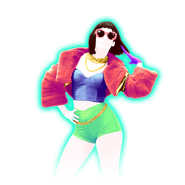 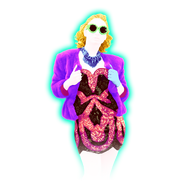 The background is a circular stage with three trapezoid shaped monitors and two spotlights in front. Mostly on the monitor are rectangles and triangles with various colors. When each of the coaches step up for their mini solo, a different item with different colored themes appear on the screen.

When P1 comes up, her theme color is blue with pictures of diamonds, colorful random lines and triangles that freely move everywhere. P2’s theme color is red with crowns and some diagonal lines forming with some shifting up and down. P3’s theme is yellow with colorful hearts along with some dark and light yellow diagonal lines with supporting colorful circles. P4’s theme is violet with lipstick along with some line floating squares, a yellow line on the right and smaller white lines that move to the right. During the chorus, one of the dancers appears on screen along with their item, starting with P4. Their items are also seen on the floor and the center of the stage. Also, the colors change, from pink to yellow to blue to red. Before the drop, a lighting bolt appears on the center stage. When the drop happens, each one of the coaches’ background, item and color appears, starting with P1 and P3, then ending at P2 and P4.

At the bridge, the monitor turns black, the items are seen floating and changing, and "Mi Mi Mi" shows up on the screen. 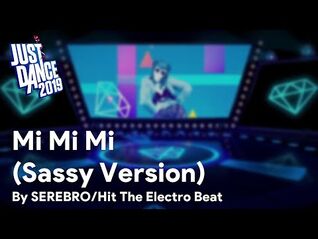 Gold Move 1: This is a left-to-right Wave Gold Move:

Gold Move 2: Put your right hand up, followed by your left. 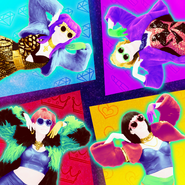 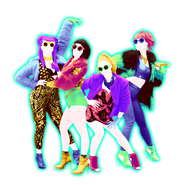 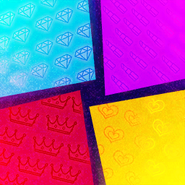 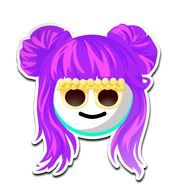 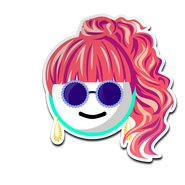 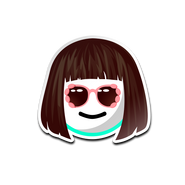 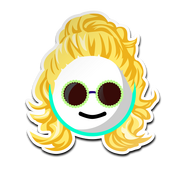 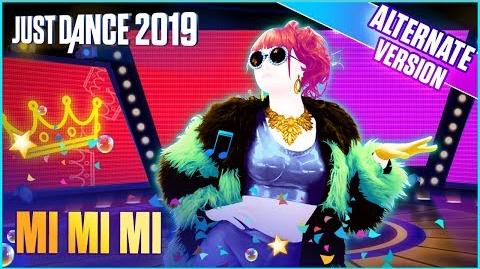 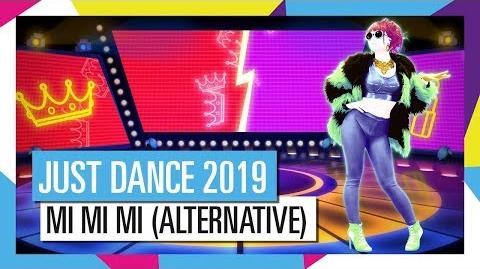 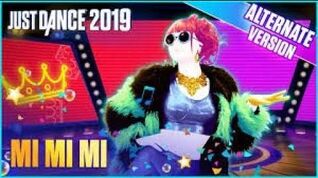 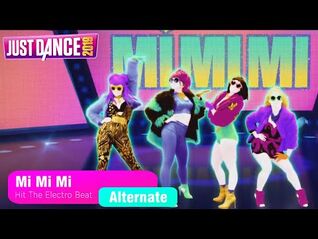 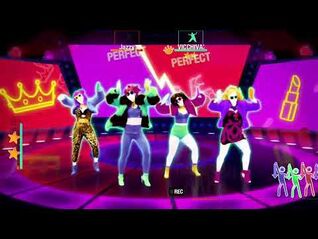 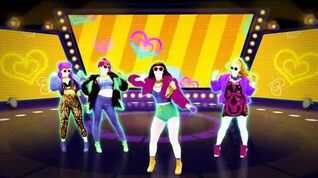