The dancer is a woman with dark magenta hair in a pixie cut. She wears a yellow bordeaux bra with thin orange borders and orange baggy pants, with yellow collar-like segmented designs at the top and pink chain-like attachments at her chains. The left sleeve is shortened where her legs is exposed, which also reveals the yellow under fabric of the pants. She also wears dark magenta shoes with pink laces as well as pink ankle socks. She has a thin orange wrist band on her right wrist and wears two gloves, with the left glove colored dark magenta. She has a dark magenta outline.

It looks like a street or a park, with yellow In-Street Ped Crossing, a basketball punnet, many palm trees, some benches, and a beach. 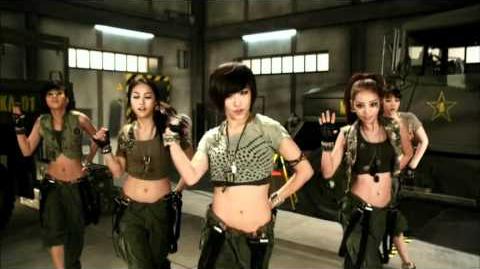 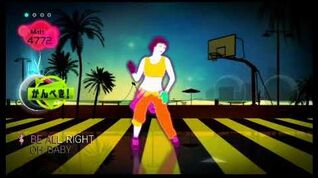