The dancer looks like Michael Jackson. He has Michael Jackson's hairstyle and wears a red tuxedo over a white shirt. There is a black cuff on the dancer's left arm. The dancer also wears black dress shoes.

The background is simple compared to the other backgrounds in the game. The dance takes place in a room with dark blue walls and a black polished floor. There is a chandelier hanging from the ceiling and a red and black chair at the left. At the center, there is a big light text sign that reads, "MONEY".

Both Gold Moves: After you move your hand in the form of a cross, put your left hand on your brother (while slightly bending), and raise your right arm to the side. 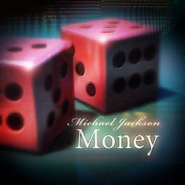 Money on the Michael Jackson: The Experience menu (Wii)

Money on the Michael Jackson: The Experience menu (PS3) 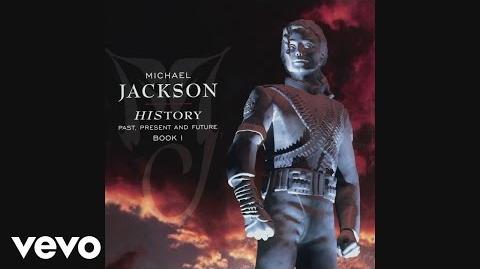 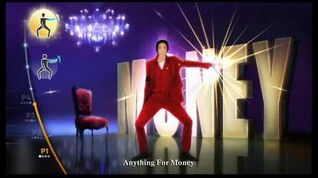 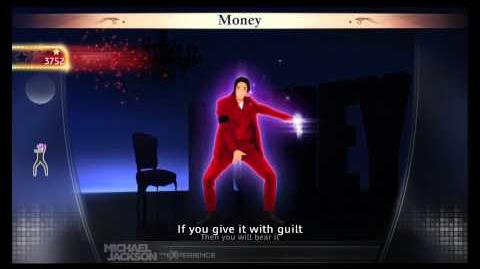 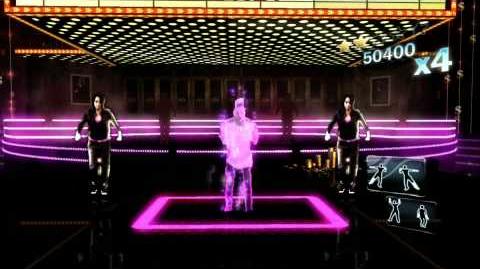 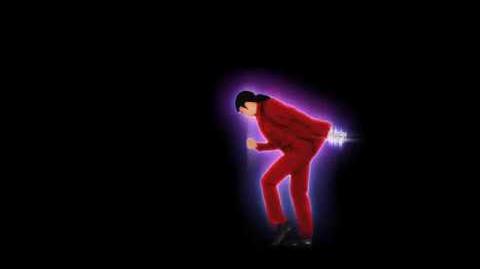 Retrieved from "https://justdance.fandom.com/wiki/Money?oldid=1260832"
Community content is available under CC-BY-SA unless otherwise noted.