The dancer is a woman with bobbed brown hair. She wears a white headband that creates a V in the middle and a flower headpiece on the side, a shiny cream dress that has a silver X in the center with a glittering necklace that swings as she dances, and a pair of white and black high heels. She also has a long medium brown glove on her left arm. She has a white outline. 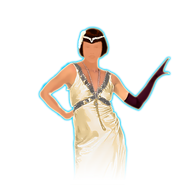 The background is a stage, with two stands and a lot of spotlights. The spotlight lights up occasionally. The floor is light up with small lights that light up during some parts of the song. Additionally, in the background there are orange gears or records that vary in sizes and one spiky gear with one of them supporting a capital letter "M" (a reference to the song's first letter). During the chorus, there are light brown and black lines that spin counter clockwise.

Both Gold Moves: Put both of your hands over your head. 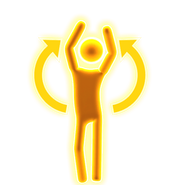 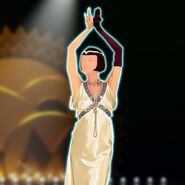 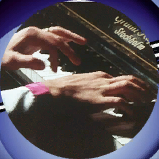 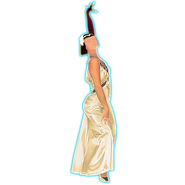 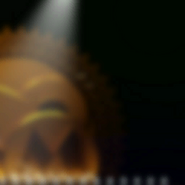 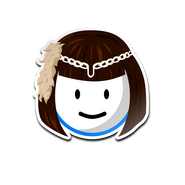 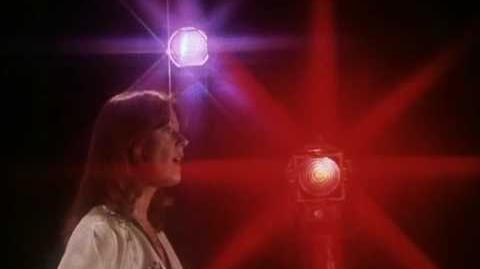 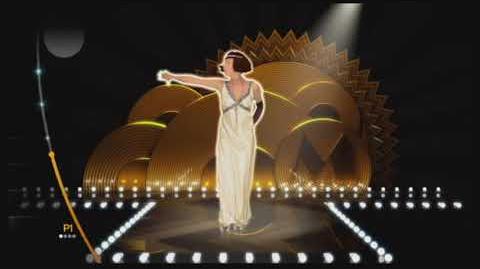 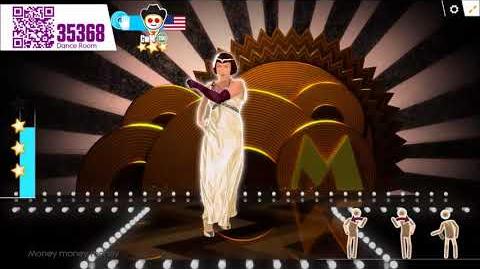 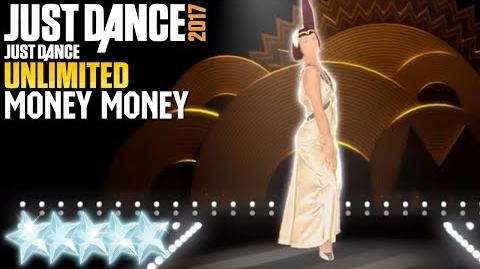 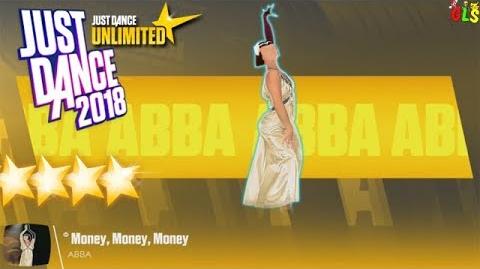 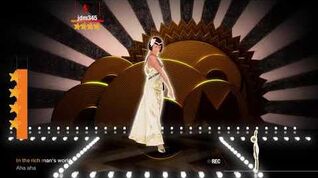 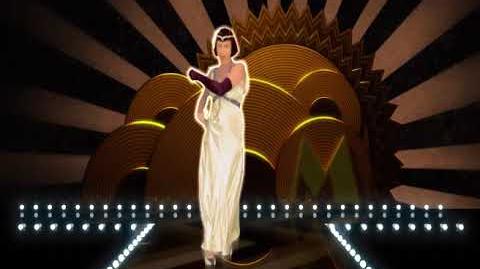 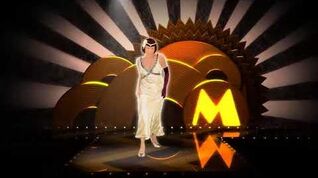 Retrieved from "https://justdance.fandom.com/wiki/Money,_Money,_Money?oldid=1234516"
Community content is available under CC-BY-SA unless otherwise noted.