The routine is performed by an all-male trio with black suits and golden helmets that cover the upper half of their faces. They all have dark blue faded outlines.

P1 has a wild pig-shaped helmet, with black tufts at the top and sides of the helmet. He wears a black long-sleeved upper suit, which is partially covered by a black cloak that reaches to his hips. The cloak has large cuts for the arms to peak out, as well as a large angular cut on the front and is secured by a golden chain that emerges from the lower right side of the suit. He also wears a pair of black sleek jeans with thin white lines, black socks and black boots. His elbow-length fingerless glove is teal blue.

P2 has a deer-shaped helmet, with long and sharp antlers, ears and face. He wears a leathery black suit: a black sleeved suit shirt with a shiny loose slim silver necktie, along with a golden clip attached to his black collared shirt which is above his necktie, and a golden strap placed across his black shirt and over his silver necktie to secure his necktie from becoming a bumpy wave. A black sleeveless suit-like vest, with thin golden chains on his neck, a golden black belt attached on his vest with thin golden buckles and golden chains that hang from the belt to the right lower side of his vest. He also wears a pair of black sleek jeans with thin white lines, black socks and black golden-tied shoes, the tip of his shoe is golden. During the line 'Nee Mamsok-ae', he points his right hand high up into the sky and his silver necktie becomes a bumpy wave. During his solo dance, he punches the sky, making his tie shake. In addition, when he sits down and turns, his silver necktie is folded as a curve. His arm-length glove is violet.

P3 has an armadillo-shaped helmet, with long ears and black sunglasses. He wears a black undershirt with a black tie that appears to have upper his undershirt and a golden ring hooked on top of his necktie, with black rectangular patterns and a black open coat jacket, along with a loose golden chain attacked under the coat jacket. He also wears a pair of black sleek jeans with thin white lines and black boots. His arm-length glove is bordeaux red. 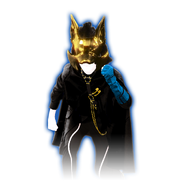 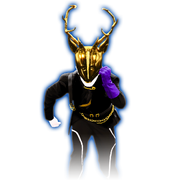 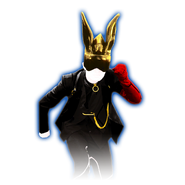 The routine takes place in a dark room with a reflective floor, which is partially obscured by light fog. In the background, there are large, rectangular and panel-like mirrors, which features various light effects during a specific part of the song. In transition between parts of the song, these mirrors shatter and reform elsewhere.

During the verses, the mirrors are seen in the farther parts of the background, placed next to each other in a curve line. The mirrors also features a dark, stormy sky with lightning appearing randomly in the background.

During the choruses, the mirrors are golden and are strategically placed and align with each other and away from the center. The light effects shown in this part includes golden erratic lines, golden light lines that resemble scratch marks and flashes of golden light, as well as rotating or moving in place or in various positions.

Gold Move 1: Lower both arms from behind your head.
Gold Move 2: Raise both arms up in a circular motion. 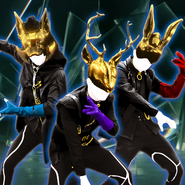 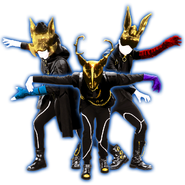 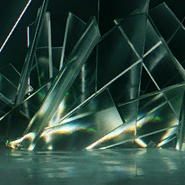 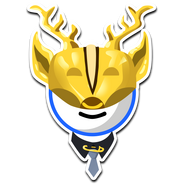 Monster on the Just Dance 2021 menu 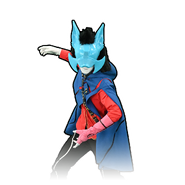 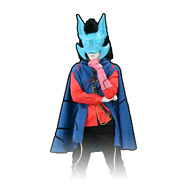 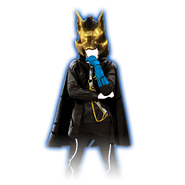 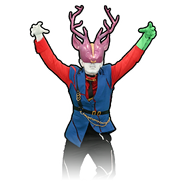 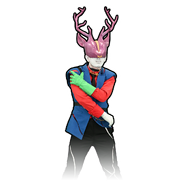 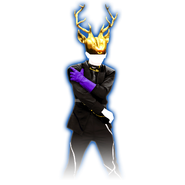 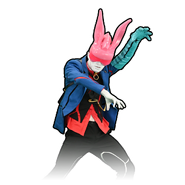 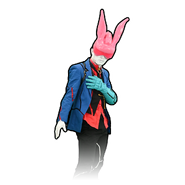 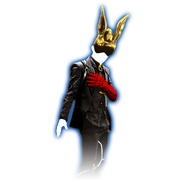 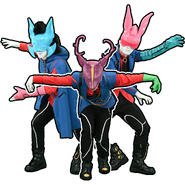 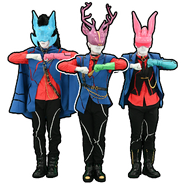 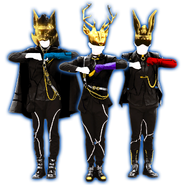 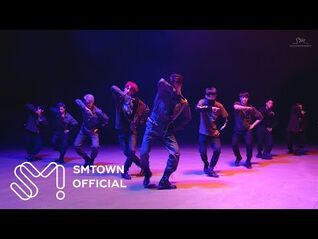 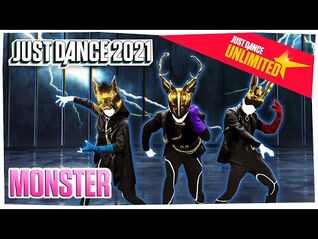 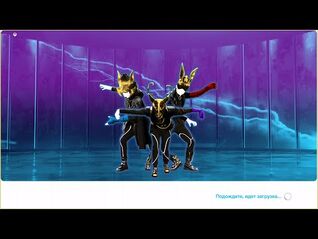 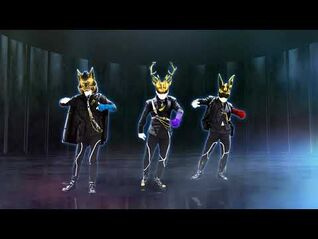 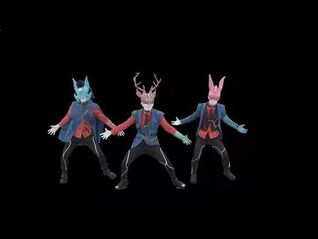 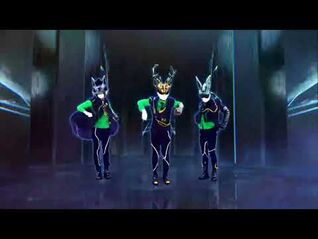 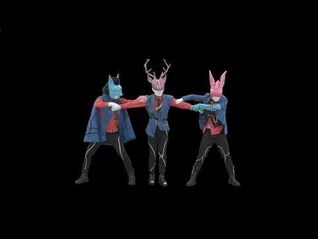