Cyan (Purple in some showreels)
"Move Your Body" by Beyoncé was planned to be featured on Just Dance 4, but was scrapped for unknown reasons.

The dancer is a woman with large red afro hair with a blue sweatband on her head. She wears a one-shouldered, blue shirt that exposes her stomach. She also wears a pair of gray short shorts with the American flag printed on it, red tights, and gray shoes with blue highlights and soles. She has a cyan outline.

In some showreels, the red elements in her outfit has a brownish tone, her shorts and shoes are changed to cream-colored and her outline is purple. 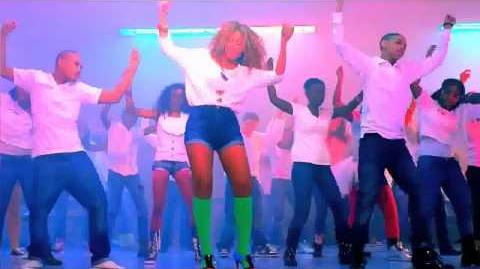 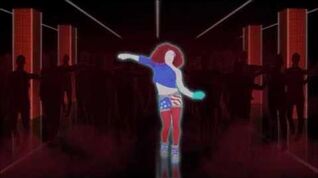