"Moving on Up" by M People was featured on Just Dance 2 as a downloadable track but became unavailable for purchase following the shutdown of the Wii Shop Channel on January 30, 2019. The song remains playable on Just Dance: Summer Party, in which the song is covered by The Lemon Cubes.

The dancer is a woman with purple curly hair, a purple, lime green, and light blue striped sequin tunic tank, indigo leggings, and purple patent high heel boots. She is also wearing a light blue bracelet on her right arm and lime green earrings. In the remake, she is brighter.

The background is a stage, with a purple glowing stand that the dancer is dancing on, around of which is a large silhouette audience dancing and grooving to the song. There are four female silhouettes dancing along with the dancer under golden headlights and on small golden stages. 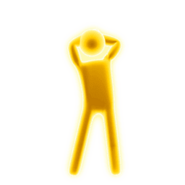 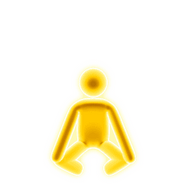 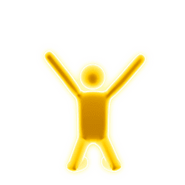 Moving on Up appears in the following Mashups:

Moving on Up appears in Puppet Master Modes. Here are the captions attributed to her dance moves: 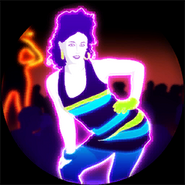 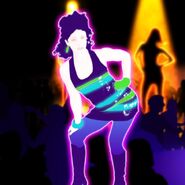 Moving on Up (Remake)

Moving on Up in the Just Dance 2 store

Moving on Up on the Just Dance 2 menu

Moving on Up on the Just Dance: Summer Party menu

Pictogram error 1 (the shake symbols have no outline) 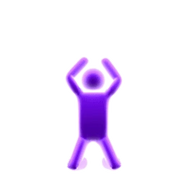 Pictogram error 2 (the head is distorted at the bottom) 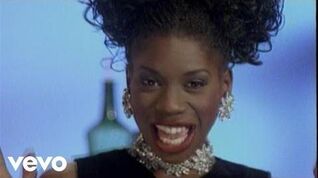 M People - Moving on Up 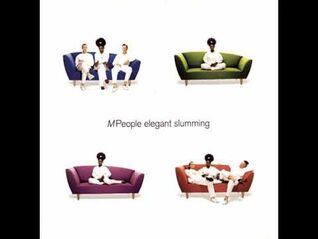 Moving On Up - The Lemon Cubes
Cover version in Just Dance: Summer Party 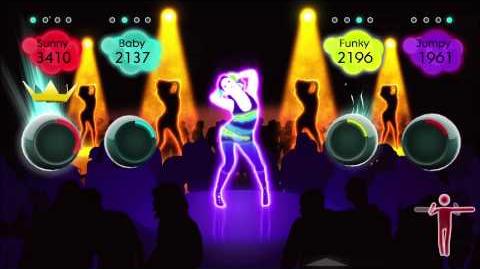 Moving on Up - Gameplay Teaser 1 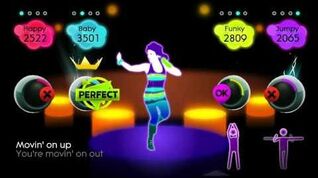 Moving on Up - Gameplay Teaser 2 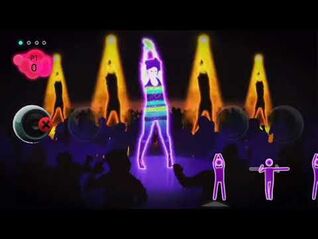 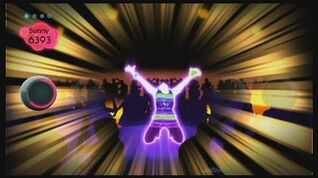 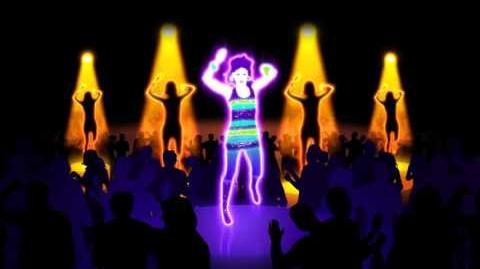 Moving on Up - Just Dance Now (No GUI)