Out of the Blue

"Mr. Blue Sky" by Electric Light Orchestra (covered by The Sunlight Shakers in-game) is featured on Just Dance 2022 and 舞力无限.

The coach is a claymation version of the panda from previous Just Dance titles. He wears a yellow rain hat with a red ribbon around it, a yellow vest and a red band on his right arm representing the glove and a pair of yellow boots with red colored anklets and soles. At the start of the first chorus, he loses his hat.

The routine starts on a rainy day on what seems to be the coach's treehouse with a stone arc window, a white leaf tree, a semi circled shape wooden door with branches surrounds it. The words "Mr. Blue Sky" fades in on the outside shot of the treehouse. Inside the treehouse, there is a wardrobe, mat and an ironing board. Some sneakers, a jacket and a wardrobe starts interacting. The ironing board suddenly closes and turns into a board which the coach use as a transportation source. The board transports the coach, and they start levitating. Other treehouses can be seen.

An umbrella then flies past. The coach holds it, and is transported to a cut tree stump with wooden fence and bushes. A scurry of squirrels can be seen cheering. An owl with two kids on tree hole can also been seen. The board comes back again, which the coach stands on, who is then transported. to a kitchen with a circle doorway. Cups, napkins and plates come flying from left to right. The coach is then transported to a bedroom with a badger and a squirrel. An arcade machine, a television, a tree covered with orange lights, books, a bike, toys and balls can be seen.

The coach is then transported to a tree stump. Three owls, a squirrel and a badger can be seen. Later, a hummingbird appears.

Gold Move 1: Put your right hand on the side your head and your left hand on your hip while crossing your left leg in front of your right leg.
Gold Move 2: While leaning towards the right, open both of your arms upwards slowly. 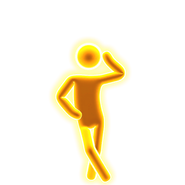 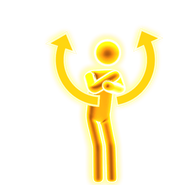 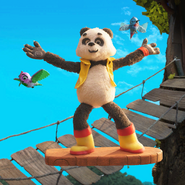 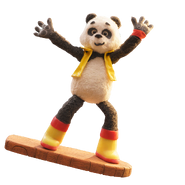 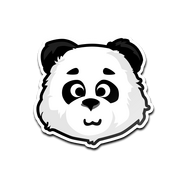 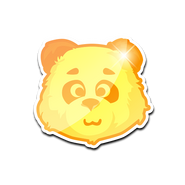 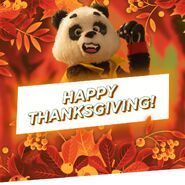 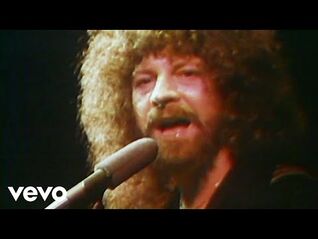 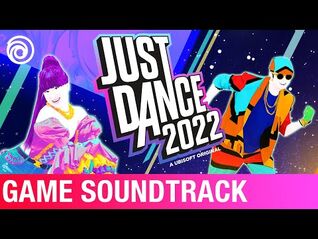 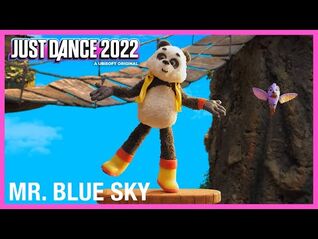 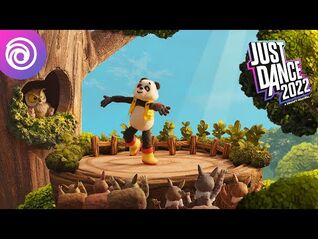 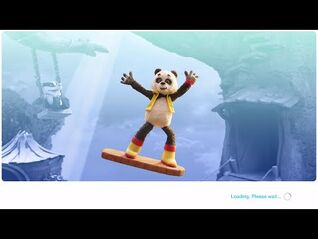 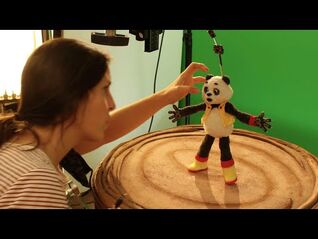