P1 is a woman with short light orange hair in a bob, and a blue feather in her hair., which is connected to a red band by a white ring. She is wearing an orange elbow-length glove on her left hand, on which there is a big white bracelet, a hot pink Charleston dress with light brown accessories, a pair of melon shoes, and a blue glove on her right hand, which covers a light brown elbow-length glove.

P2 is a man with a dark orange fedora that has a dark blue stripe. He is wearing a blue shirt, a pair of pink suspenders, an orange and pink striped tie, a pair of melon pants with purple pockets, and a pair of white shoes with purple accessories. He also wears a hot pink glove.

The background is a light brown stage with dark brown decorations. There are many lights on the floor, which are reflective.

In Just Dance 3, the background is lighter and the floor is darker but still reflective. Two spotlights appear from the sides of the background.

On the Xbox 360 version, the background is the same as the other version, but a spotlight moves around the screen before the dancers start dancing.

In the Remake, the background has no changes, except that the floor is slightly darker and that the spotlights are removed. 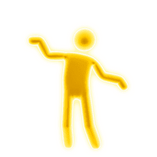 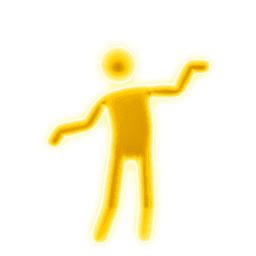 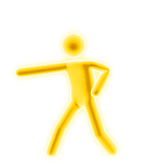 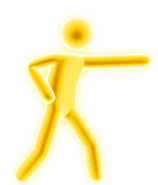 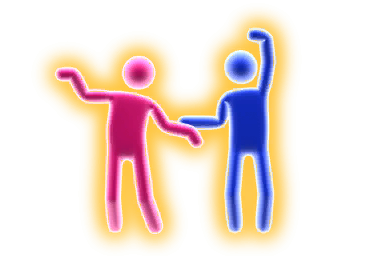 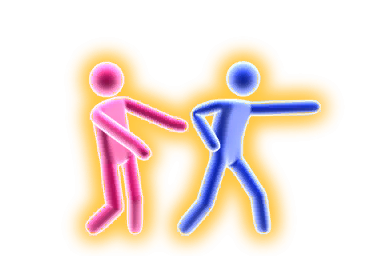 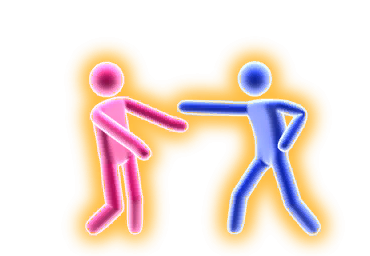 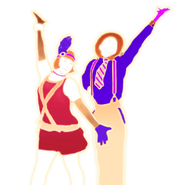 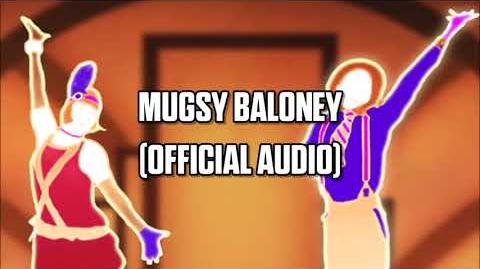 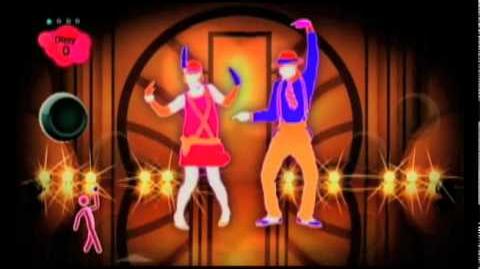 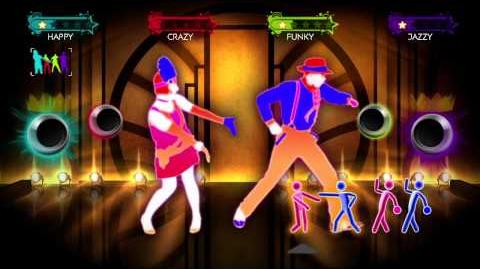 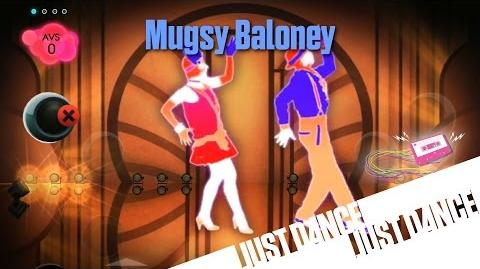 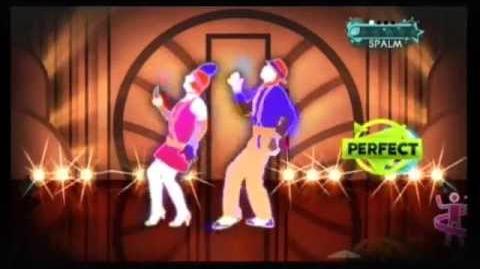 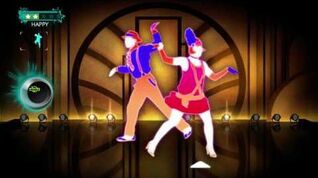 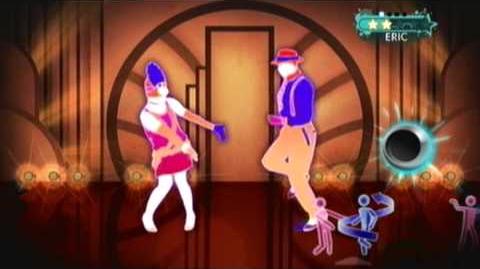 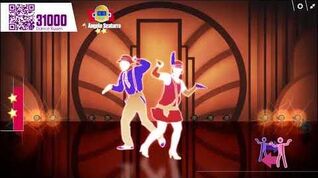 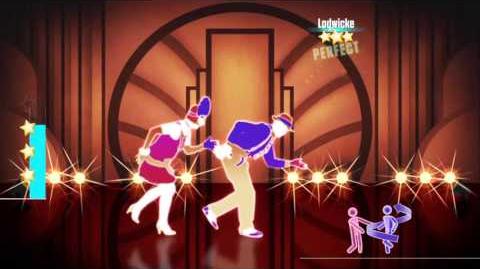 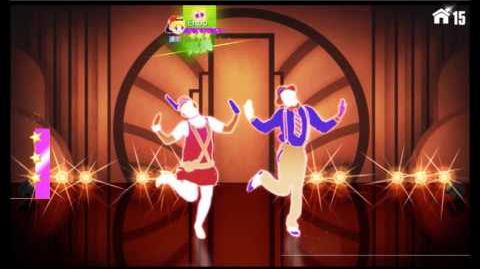 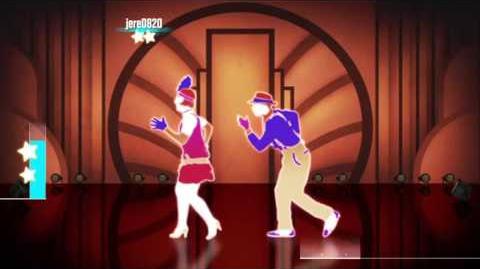 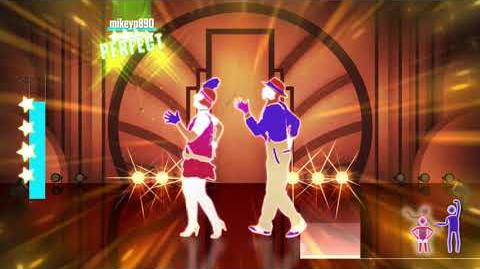 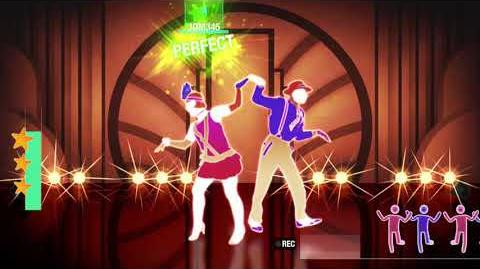 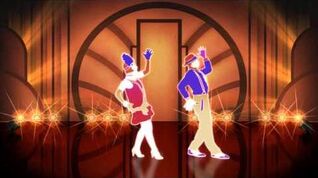 Retrieved from "https://justdance.fandom.com/wiki/Mugsy_Baloney?oldid=1143197"
Community content is available under CC-BY-SA unless otherwise noted.