< Nails, Hair, Hips, Heels
View source
watch 02:58
No Man's Sky Update - The Loop
Do you like this video?
Play Sound

The coach resembles the coach of the Classic routine. The routine is performed by Todrick Hall, whose looks and appearance are taken from the official music video. He wears a black shirt and jeans, with a pink belt. He wears a pink necklace. He has pink gloves on both of his arms, with a blue bracelet placed on his right arm, resembling the glove that is usually worn on the coach’s right hand. He also wears pink high heels.

The background is also similar to the Classic routine, which features a warehouse, similar to the official video of the song. However, the pink glowing triangle is not replaced by the "Just Dance" logo, unlike its Classic routine. There are also backup dancers with similar clothing to the coach, but their faces are blurred.

Gold Move 1: Put your right hand near your face, and punch it down.
Gold Move 2: Pull out a fan and shake it vigorously.
Gold Move 3: Punch to the right while holding the fan as if you are whipping. 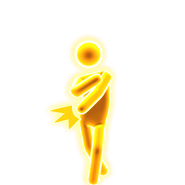 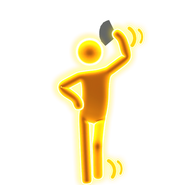 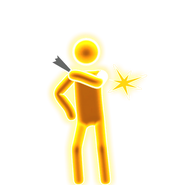 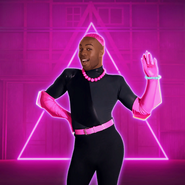 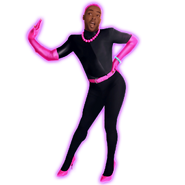 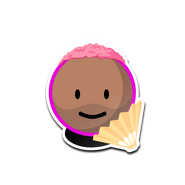 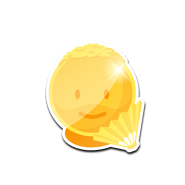 Nails, Hair, Hips, Heels (Official Choreo) on the Just Dance 2022 menu, prior to unlocking the routine 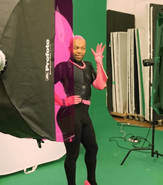 Behind the scenes (background dancers) 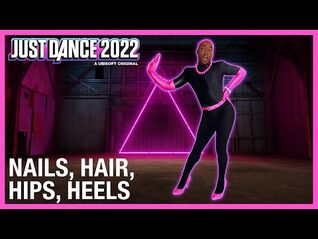 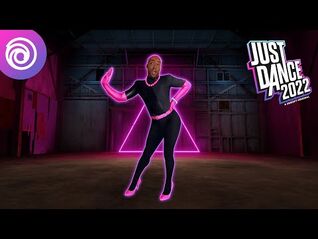