Final
1A: Pacific Blue
1B: Midnight
2A: Bright Purple
2B: Violet Cherry Pie
E3
1A: Azure Radiance
1B: Navy Blue
2A: Electric Violet
2B: Tolopea 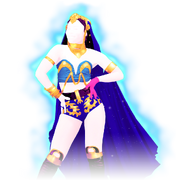 The dancer is a woman with black curly hair. She wears a long, indigo head scarf, part of which she holds in her right hand, a golden head band, a blue strapless crop top with golden accents, royal blue high waist shorts with golden accents, and purple knee high boots. She has a smoky, light blue outline.

It starts off with a genie lamp with blue roses wrap around it which releases a magical blue dust which swirls and reveals the dancer then it shows that the background takes place around an Indian/Arabic style building. The routine is first seen inside with dark purple floors and walls. There is a lit up pattern on the floor and some lanterns on the ceiling. During the verses the pattern platform goes upward outside to a night sky, where there are stringed decorations and clones of the dancer with some of them on a floating platforms, while others inside the buildings. At the chorus, the outside of the building is shown, which spins and has bright blue lights, while emitting light rays. During the last chorus, as the pattern platform goes up above the dome, the moon gets bigger or up closer behind the dancer.

Both Gold Moves: Bend your right arm up close to your head. 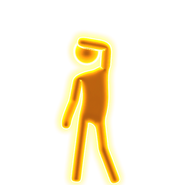 Naughty Girl is featured in the following playlists: 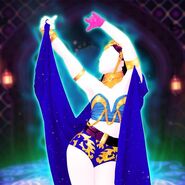 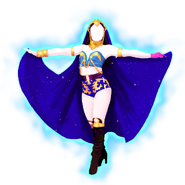 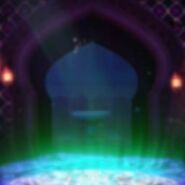 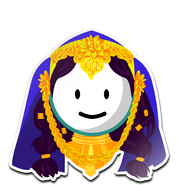 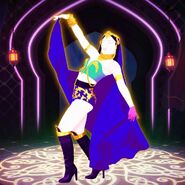 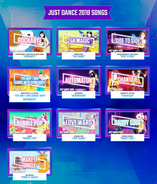 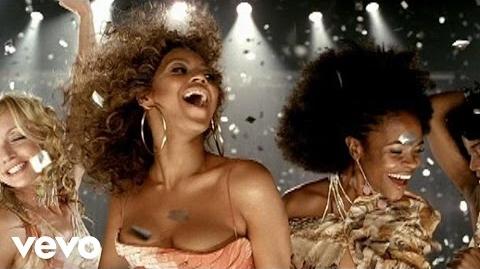 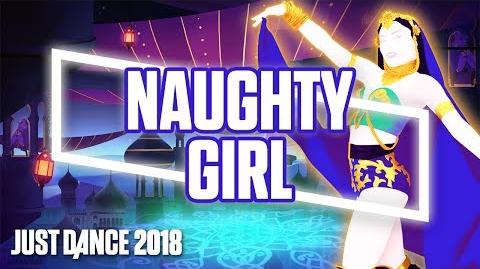 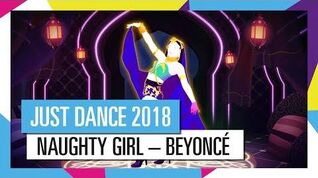 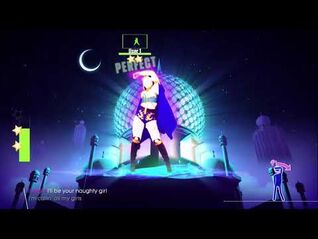 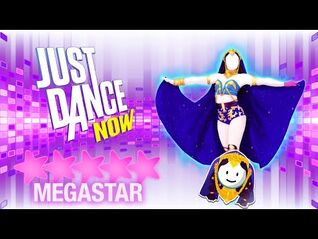 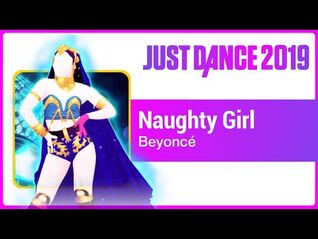 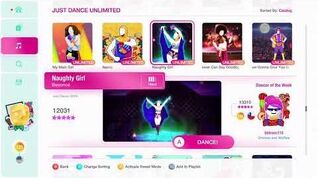 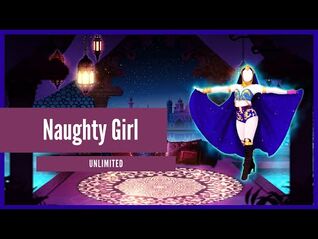 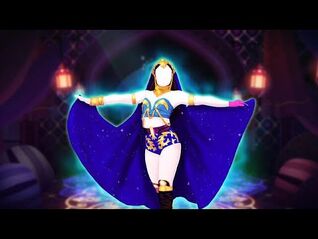