The dancer is a woman with light orange hair. She wears a blue dress with colorful forms, a red collar, and red, green, yellow, and blue bracelets on both arms. She wears a pink shocked pantyhose with blue high heels.

The coach is Italian YouTuber and Model Sabrina Cereseto, better known as LaSabri. She has burgundy hair, a pink leotard, ripped jeans with a black belt, and white shoes. 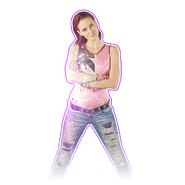 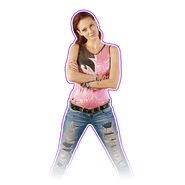 The routine starts in an empty house with two walls. The left wall is yellow and the right wall is green with a window. On the floor, there is a purple rug with white balls that blend in with the floor color. Then, a sofa with a white pillow drops, changing the background colors. The wall color changes and now has a square pattern. A plant appears and a "puff" with a yellow pillow materialize before the colors get changed again. Another plant appears later, along with a white coat with a pink hanger and a small sofa drop.

During the first verse, the background stays the same, but with different colors.

In the second verse, the background is changed to a "creativity room" with a chair, two tables with sculptures, a lamp on the wall socket, a big window, and two frames. During the verses, the background stays the same but with color changes.

In the chorus, the background becomes a living room with a round shelf, an armchair with two pads and a stand with a little flower on it. When the coach does a circle with her arm, the objects on background go far and a pixelated heart appears. During the first chorus, the background stays the same with little colors changes and motions; in the second one, instead, the background turns into a "garden" with a yellow floor with blue lines, three green, round lawns, two white chairs, various ceiling lamps, and a rainbow appears instead of a heart when the coach does a circle with her arm.

During the bridge, the house falls apart, revealing a blue sky with white clouds. Every time a different move is made, the sky goes up and more objects appear in the background. 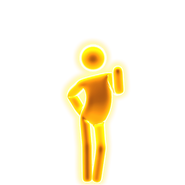 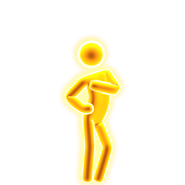 New Reality is featured in the following playlists: 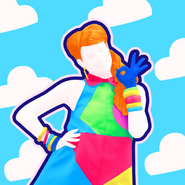 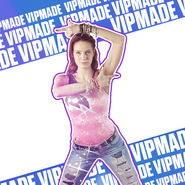 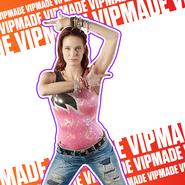 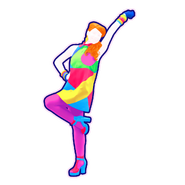 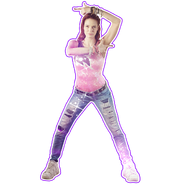 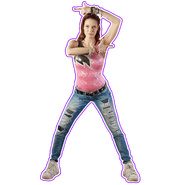 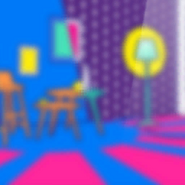 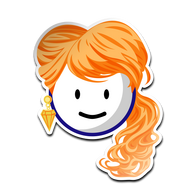 VIPMADE on the Just Dance 2019 menu 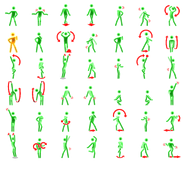 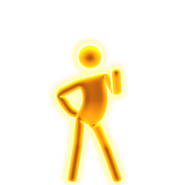 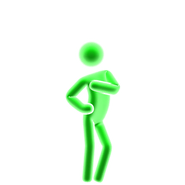 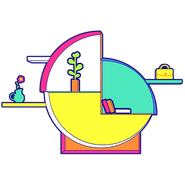 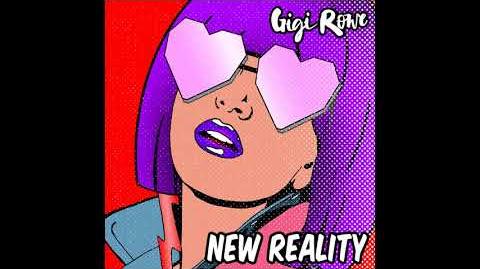 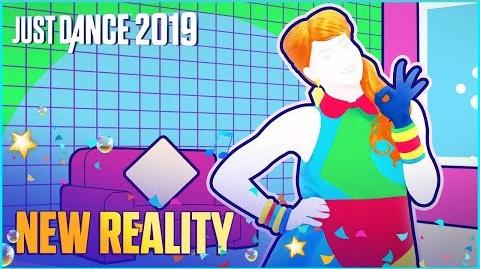 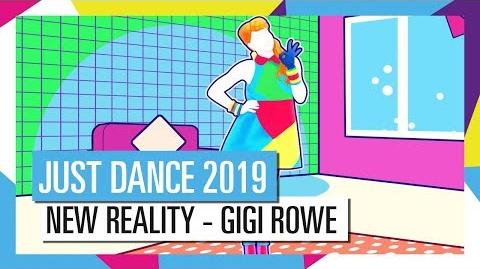 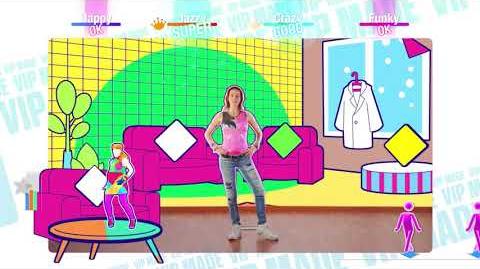 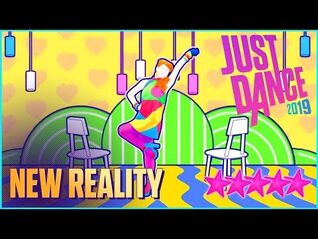 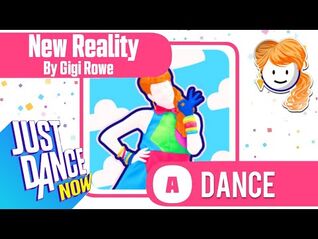 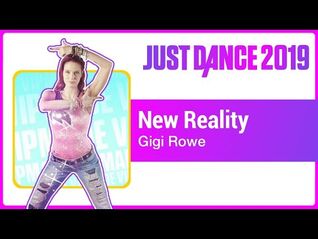 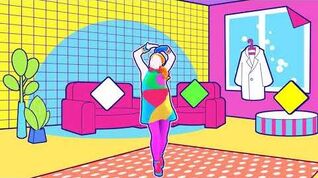