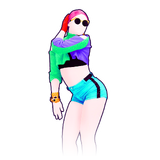 The coach is a woman. She has hot pink hair straightened hair tied into a very tight, smooth, and low ponytail. She wears a black bra, over which she wears a crop top with long sleeves, high neck and cold shoulders. The top is sectioned unevenly into bright green and violet. The left sleeve has a strip of violet over the green; the two colors are separated by a black border. She is wearing light blue shorts, with black stripes on each of her two lateral sides. Her shoes are heeled black boots, with red socks. She accessorizes with a golden bracelet on her right wrist, a single golden loop earring on her left ear, and a pair of sunglasses with golden rim. She has solid black and white outline.

The background consists of several colored lines that move in a zigzag pattern on a plain background. At times, the lines would flash to the beat of the song. 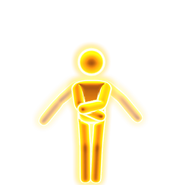 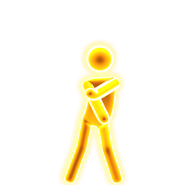 New Rules is featured in the following playlists: 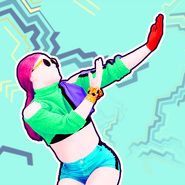 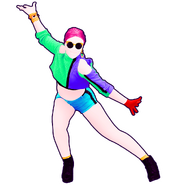 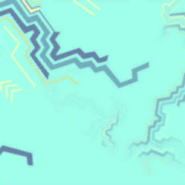 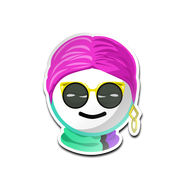 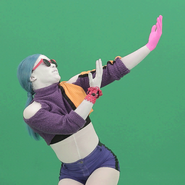 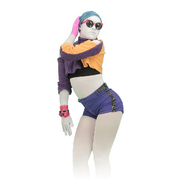 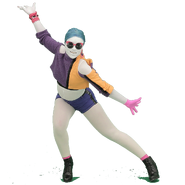 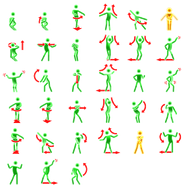 The coach on the icon for the Just Dance Now playlist "Dance Essentials!"

The coach on the icon for the Just Dance Now playlist "Countdown 2021!"

The background on the icon for the Just Dance Now playlist "Celebrate Music!" 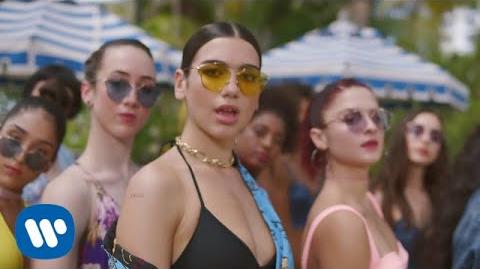 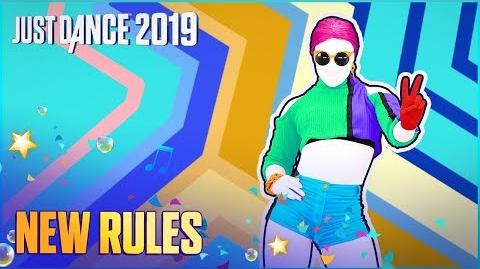 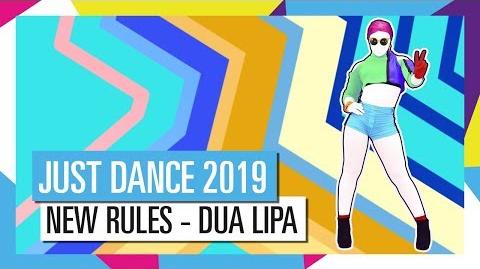 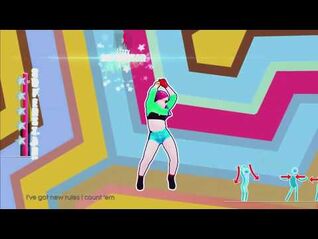 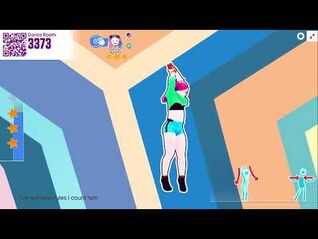 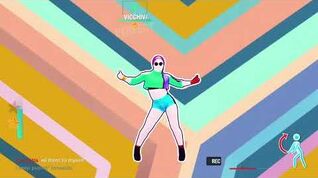 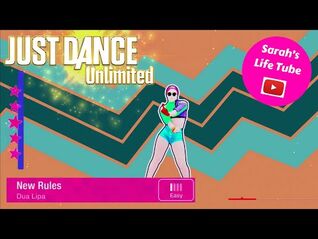 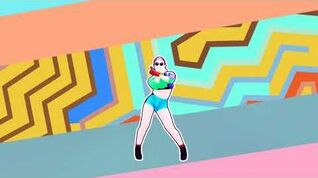 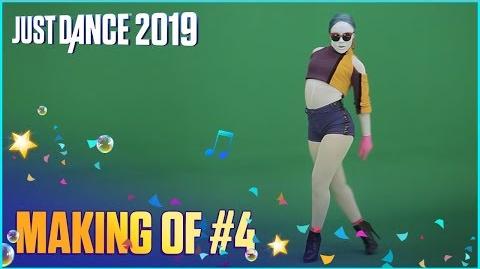 New Rules - Behind the Scenes (US) 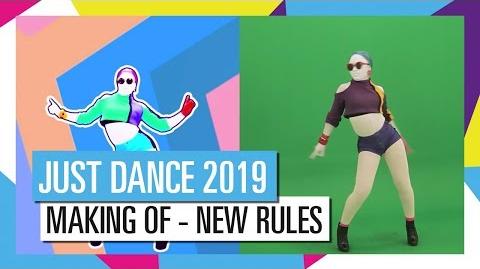 New Rules - Behind the Scenes (UK)