Nine in the Afternoon

Panic! At The Disco

"Nine In The Afternoon" by Panic! At The Disco is featured on Just Dance 2 (as a DLC), Just Dance: Summer Party/Extra Songs, Just Dance Now, and Just Dance Unlimited.

The two dancers appear to be dressed up as animals.

P1 is a woman dressed as a cat. Her hair is short and is wearing a green hat with pink cat ears. Her shirt is of the same shade of green as her hat and is one-sleeved on her left arm. She is wearing green and white striped leggings, a purple and white striped skirt, purple kitten heels, and a cat-tail.

In the Just Dance Now remake, her face, skirt, and heels are a darker hue.

P2 is a man dressed up as a dog. On his head are two top hats, one pink, and the other green with dog ears hanging from them. He's wearing a dark purple jacket which covers a hot pink jumpsuit with some green and white stripes. His shoes are green, white, and purple. His hands are also bigger than ordinary dancers'; this may have been done probably to create a resemblance to paws.

In the Just Dance Now remake, his face, ears, and jacket are in a darker hue. 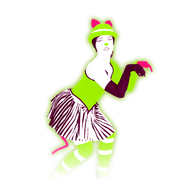 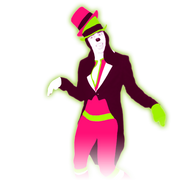 The background plays a big role in the routine; it shifts from day to night very often. Visually the background appears to be some kind of candy land with its big candy canes sticking up from the ground and pink grass. In the distance there is a mountain with a castle on it and giant cogwheels can be seen too. During the daytime the sky appears to be green and the sun is above the castle. During the nighttime the sky still has hints of green but it's just toned down to a more blue color. Geographically, there's an error with the moon; it hangs in front of the cogwheel.

In Just Dance Now, the switch from day to night is neater, and, at the end, the coaches' walk is slowed down. Also, unlike the original, they are no longer obscured by the pink wheel.

Nine In The Afternoon

Nine In The Afternoon (Remake)

Nine In The Afternoon on the Just Dance 2 menu 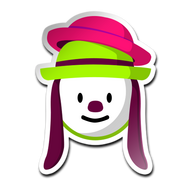 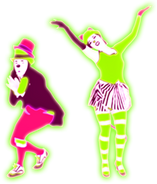 Glitch with P1’s tail
Add a photo to this gallery 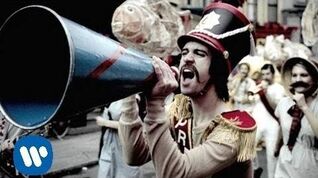 Panic! At The Disco Nine In The Afternoon OFFICIAL VIDEO 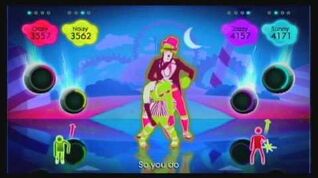 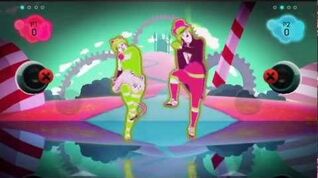 Nine In The Afternoon - Just Dance 2 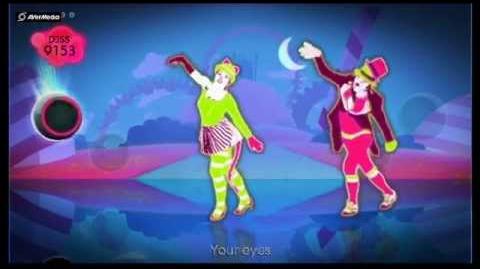 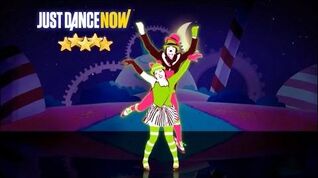 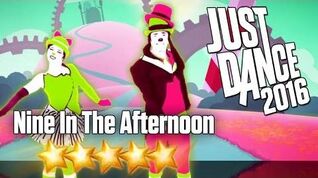 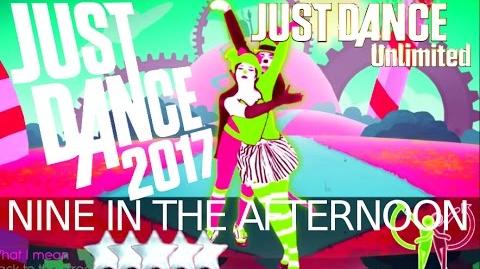 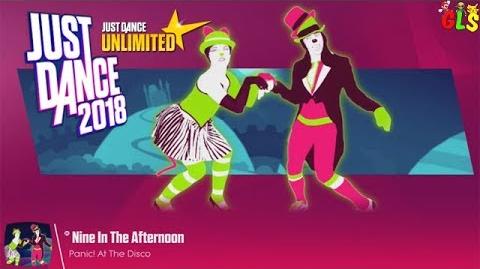 Retrieved from "https://justdance.fandom.com/wiki/Nine_in_the_Afternoon?oldid=880319"
Community content is available under CC-BY-SA unless otherwise noted.