1A: Allports
1B: Downriver
2A: Persian Green
2B: Black Russian

P1 is a woman who has pink long hair styled in a ponytail with a bumped bun in the front. She wears a black choker with a golden central piece, a pink bra with metallic silver accents, she wears a metallic glossy jacket with blue sides over that. She wears metallic silver leggings and pink knee-high heeled boots.

P2 is a man with black hair with blue highlights in the front. He wears two gold chains, a metallic jacket with pink accents and black undershirt, blue metallic pants with silver strips on both sides, and black short boots.

At the start and end of the routine, the dancers are filtered in gray with a darker gray diamond pattern. Throughout the routine, their outlines change from purple to blue. 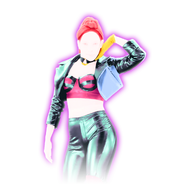 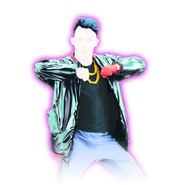 The background is composed of a black backdrop with blue crystal stones behind the dancers. The dancers are in a diamond-like state, but their skin turns into their usual white before they start dancing. At the same time, the crystal stones flash to the beat of the song and break apart into crystal shards that surround the dancers as they dance in the first verse.

In the first half of the verses, the shards glow hues of blue, teal, and purple. In the second half, the shards seem to be pulled in the middle of a purple diamond shape. Inside the diamond, the shards spin around, sometime speeding up the rate of spinning.

In the choruses, the backdrop turns white, and new crystal stones in shades of teal, blue, and purple appear to sprout from the middle of a translucent purple diamond shape, which turns turquoise later. They also seem to “glitch” into different positions, as if the static that appears in front of them interfered with them.

During the bridge, the backdrop slowly becomes darker to a navy blue hue, and two white diamond shapes that seem to be made of the previously seen crystals shards sprout from the middle of the room and they move to overlap each other. The diamonds then become transparent, revealing black space and stars, inside of them. In the space where the diamonds had overlapped, a new white diamond seems to lock the two bigger diamonds into place before the final chorus follows up, and the backdrop turns white again.

While the song fades out, the room turns into a shade of dark gray while the dancers return to their diamond-like hue. 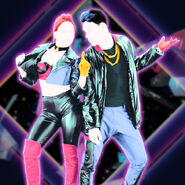 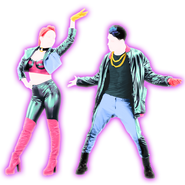 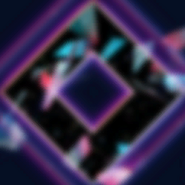 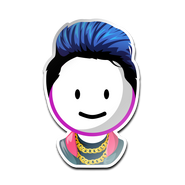 The coaches in a promotional video for Just Dance 2019

Glitch with P2’s glove
Add a photo to this gallery 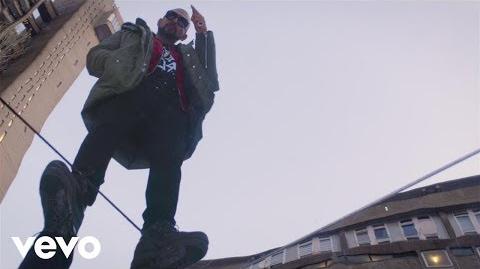 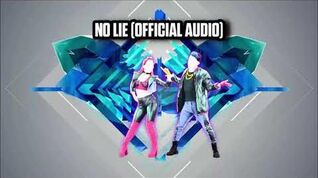 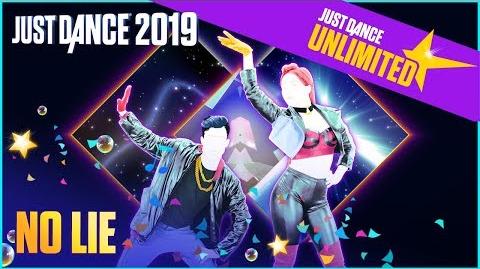 No Lie - Gameplay Teaser (US) 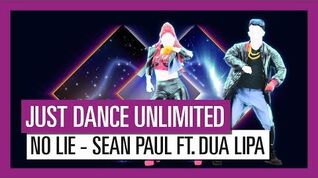 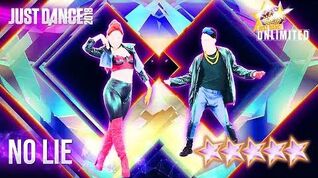 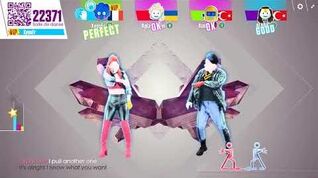 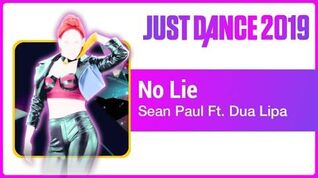 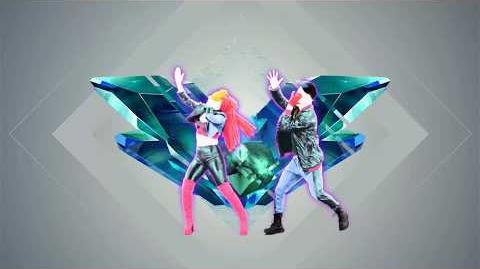 Retrieved from "https://justdance.fandom.com/wiki/No_Lie?oldid=1190618"
Community content is available under CC-BY-SA unless otherwise noted.